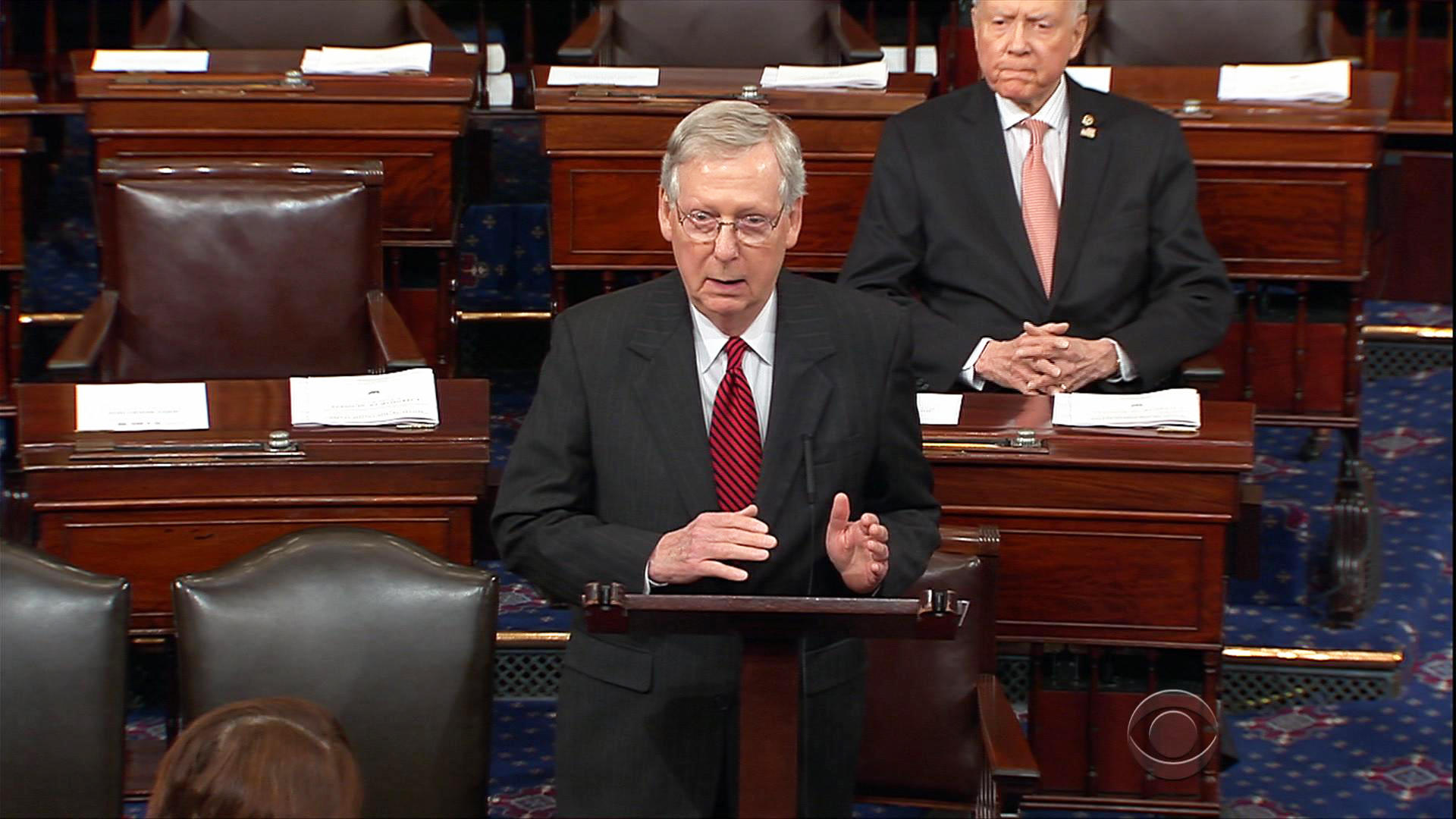 Senate Majority Leader Mitch McConnell said Wednesday that he doesn't know how Senate Republicans will secure a majority of votes to pass legislation to repeal and replace Obamacare.

"I don't know how we get to 50 (votes) at the moment. But that's the goal. And exactly what the composition of that [bill] is I'm not going to speculate about because it serves no purpose," the Kentucky Republican told Reuters, adding that President Trump and Vice President Mike Pence could help whip votes again as they did for the House.

"Honestly I haven't asked for any [help]. I told the president there would be a point at which we might well want him and the vice president to be helpful," he said.

Under the obscure budget reconciliation process, Republicans could pass a repeal bill with a majority, rather than a supermajority, since such bills are not subject to the filibuster. The Senate currently has 52 Republicans and 48 Democrats.

McConnell declined to discuss what he'd like to see in the bill and wouldn't provide a timeline for producing a draft measure, the report said.

His comments were published just after the nonpartisan Congressional Budget Office released a cost estimate of the House-passed American Health Care Act (AHCA) Wednesday that projects that 23 million more people would be left without health insurance over the next decade if the measure became law. The House-passed legislation would also reduce federal deficits over the next 10 years by $119 billion, CBO said Wednesday, which is less than the $150 billion CBO projected in a score of an earlier version of the bill.

The House narrowly passed the measure in early May by a 217-213 vote after twice not being able to secure enough votes in March to pass it then.

Senate Republicans, meanwhile, have signaled that they are writing their own version of the bill, which would then have to be reconciled with the House.