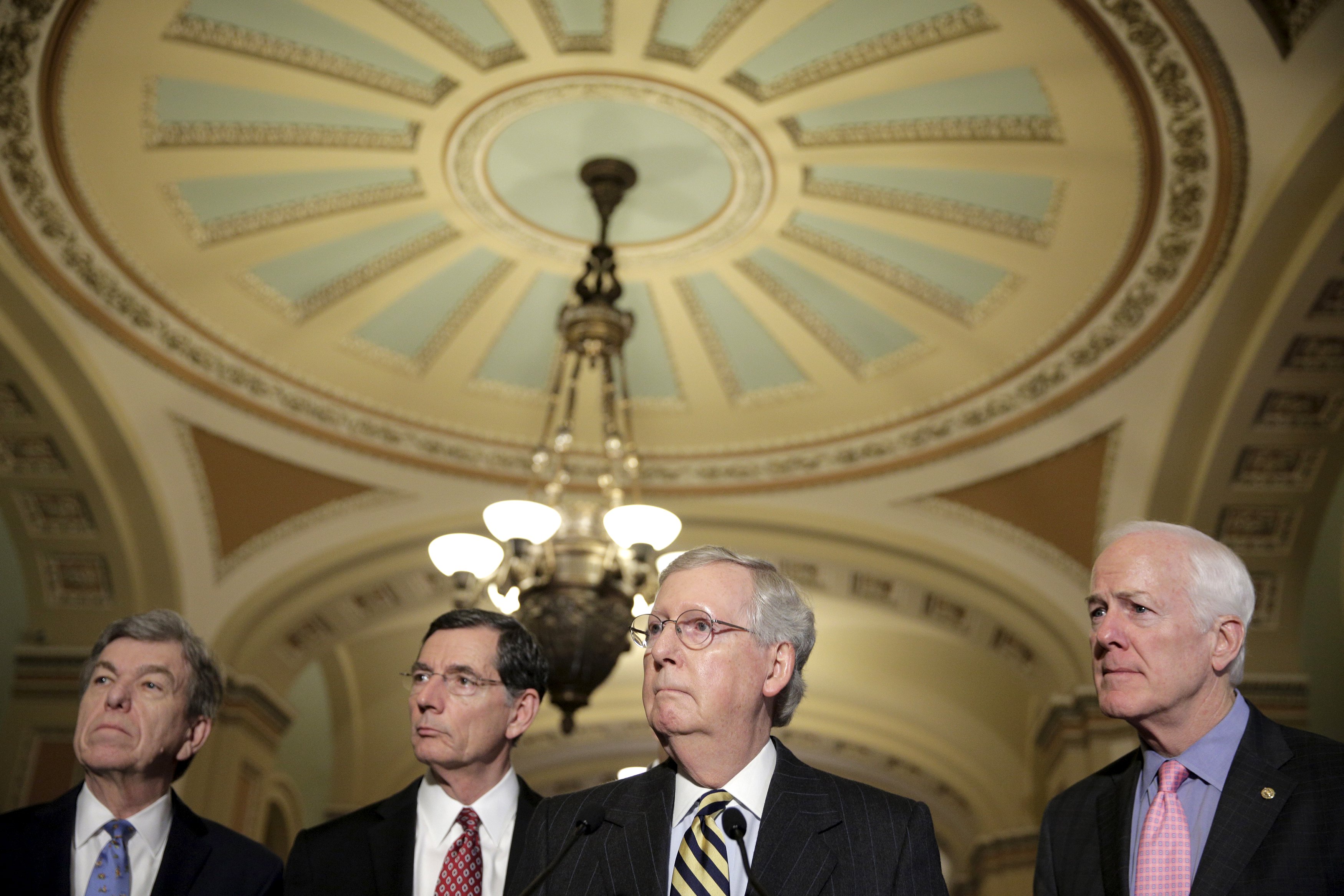 Senate Majority Leader Mitch McConnell on Tuesday said he wants a Republican presidential nominee who could appeal to a diverse group of voters and can win the general election in November.

During a press conference on Capitol Hill, McConnell was asked if he's confident that Donald Trump, Ted Cruz and John Kasich can win in November.

"I don't think it should be particularly surprising observation that I'd like a candidate for president who can win. Does that shock any of you? I'm not going to get into who fits the description," McConnell said.

"But I will say that the nominee is going to be someone who can get 1,237 delegate votes, and I hope that's a person who can actually appeal to a broad swath of the American public and win the election," he added.

His comments came as voters in Wisconsin headed to the polls to cast votes in the state's primary Wednesday. The results are expected to come in after polls close at 9 p.m. ET.

According to CBS News' latest count, Trump is leading with 737 delegates, Cruz has picked up 470 and Kasich has 143.

McConnell has repeatedly said that he would support the eventual GOP nominee. Meanwhile, Speaker Paul Ryan again ruled out the idea of becoming his party's nominee during a trip to Israel this week. Ryan will serve as a co-chairman at the Republican National Convention in Cleveland this July.

Ryan, of course, also repeatedly ruled out becoming speaker of the House before he eventually agreed to running for that job.