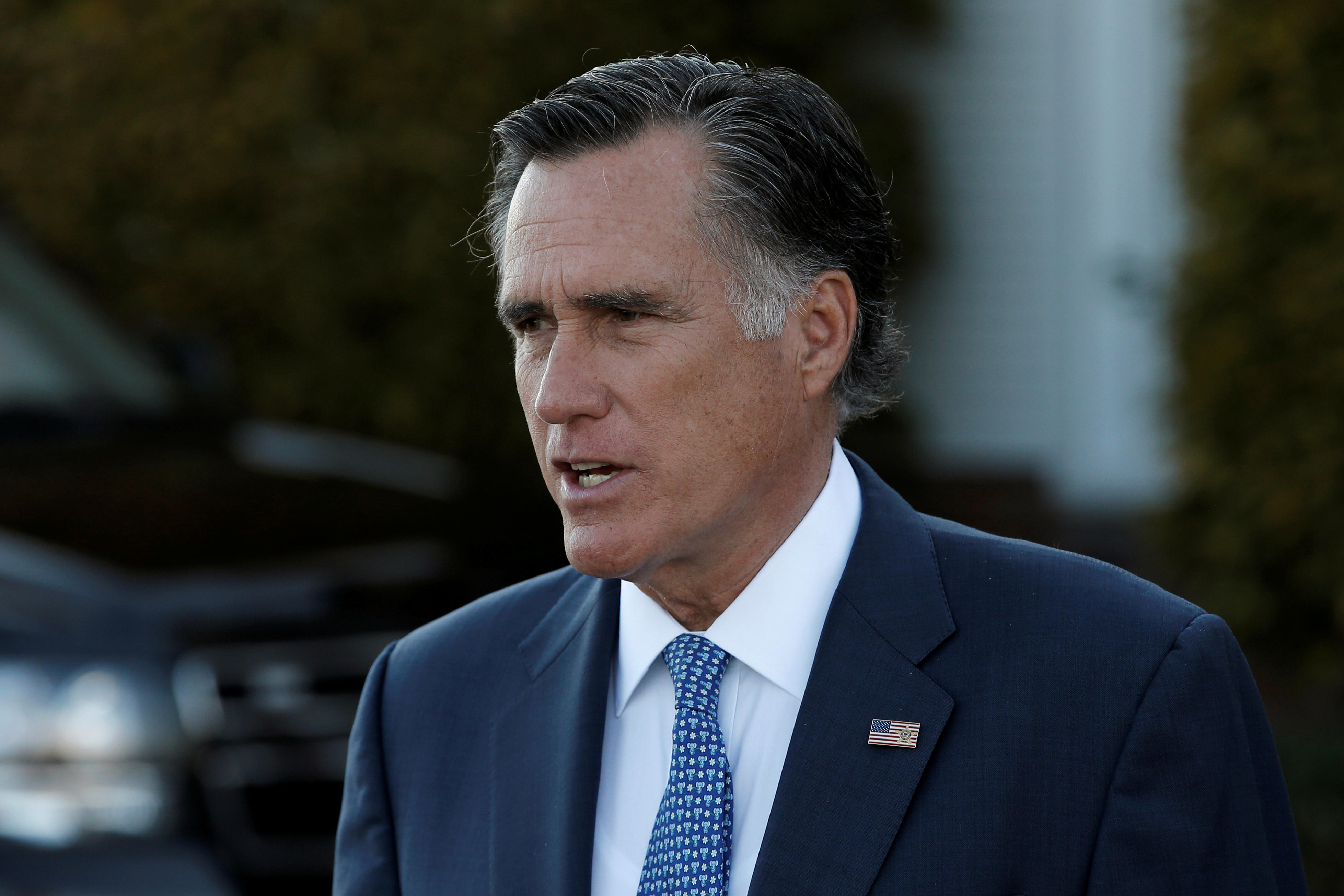 The closest allusion to Mr. Trump was Romney noting that Utah "welcomes legal immigrants from around the world," while "Washington sends immigrants a message of exclusion."

Romney confidantes said leading up to his widely anticipated announcement that he intends to focus his campaign on Utah, where he moved with his wife, Ann, after losing the 2012 presidential election to incumbent President Obama.

"Utah has a lot to teach the politicians in Washington," Romney said, noting that "on Utah's Capitol Hill, people treat one another with respect."

His former running mate, the speaker of the House, Paul Ryan, issued a statement saying it was "a terrific day for the United States Senate."

"I was honored to join Mitt Romney on the national ticket in 2012 and couldn't be happier that he's running for this seat," Ryan wrote.

Romney, 70, will be the heavy favorite for the Senate seat being opened by Sen. Orrin Hatch's retirement. Hatch was among the first Republicans to pitch Romney as his potential successor.

As he did in two presidential campaigns, Romney's announcement highlights his stewardship of the 2002 Winter Olympics in Salt Lake City. The former Massachusetts governor is respected in the state for taking over the troubled games amid planning and financial disarray.

"Our party and our country are always better off when Mitt is engaged," Ryan said.

Romney supporters describe him as a "favorite son" of Utah. He's a Brigham Young University graduate who went on to become the first Mormon presidential nominee of a major political party. About 60 percent of Utah's residents are members of The Church of Jesus Christ of Latter-day Saints.

Still, Romney may face some pushback from some Utah Republicans who question whether the one-time abortion-rights supporter is too much of an outsider or too moderate for their tastes, but he's not expected to face any serious primary or general election challenge.

Romney would come to Capitol Hill with a higher profile than a typical freshman senator.

He attracted headlines in 2016 when he took the extraordinary step of delivering a biting speech denouncing Mr. Trump, calling him a "phony" who was unfit for office.

Romney muted his criticism for a time when Mr. Trump auditioned him as a potential secretary of state.

For his part, Mr. Trump has said Romney "choked like a dog" in his failed presidential bids in 2012 and four years earlier, when Romney lost the GOP nomination to Arizona Sen. John McCain.

Romney also would be a compelling addition to the ongoing congressional wrangle over health care. As Massachusetts governor, Romney enacted a sweeping health insurance overhaul that became a model for the health care exchanges in the 2010 Affordable Care Act.