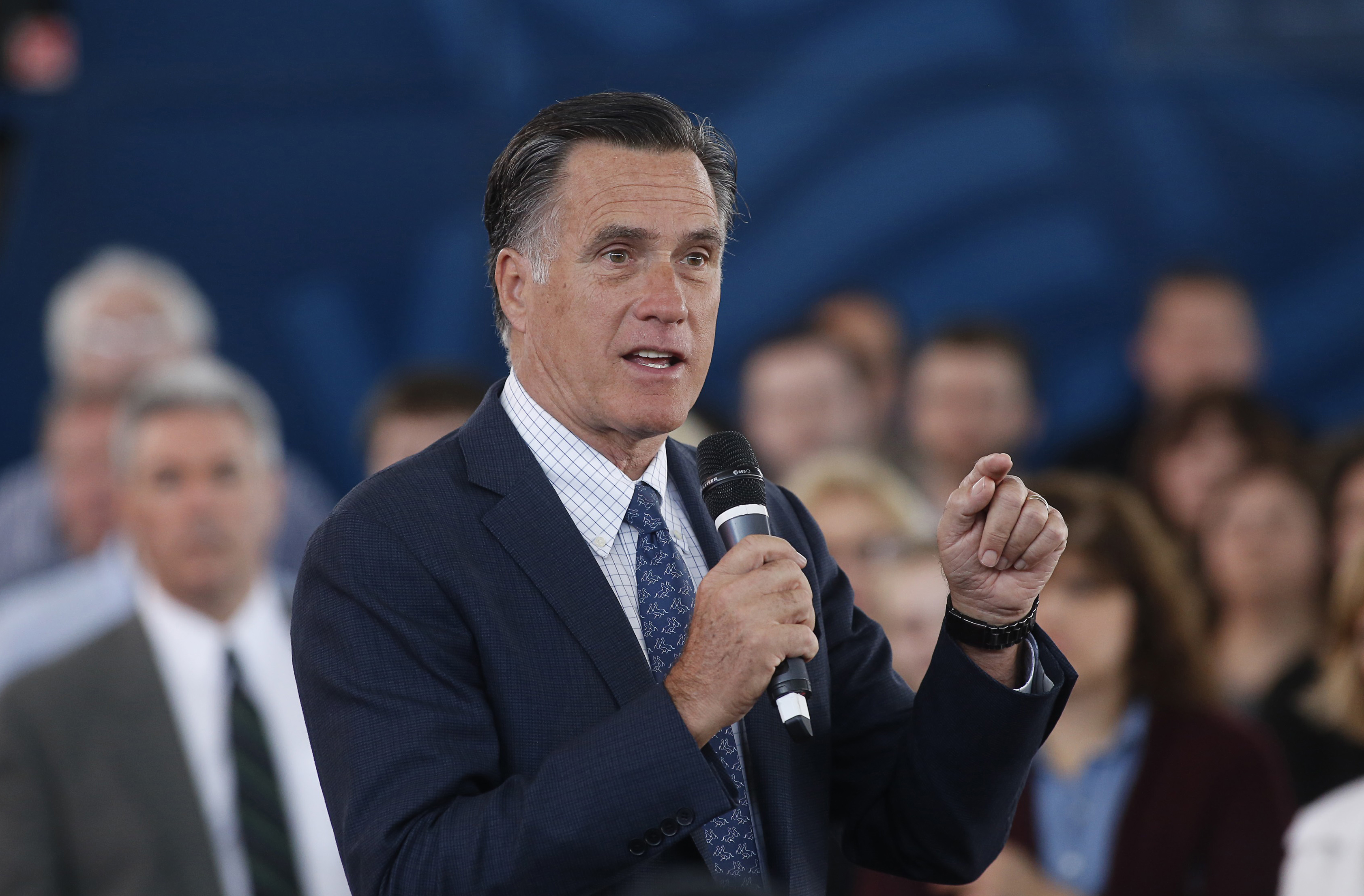 "This week, in the Utah nominating caucus, I will vote for Senator Ted Cruz," the 2012 GOP presidential nominee said in a post on Facebook.

The "only path" to block Donald Trump from receiving the Republican nomination is a contested convention, Romney concluded.

"At this stage, the only way we can reach an open convention is for Senator Cruz to be successful in as many of the remaining nominating elections as possible," said Romney, who campaigned alongside Ohio Gov. John Kasich earlier this week.

Romney said he would have voted for Kasich in Ohio, but said "a vote for Governor Kasich in future contests makes it extremely likely that Trumpism would prevail."

Kasich, who is campaigning in Utah, was asked about Romney's decision.

"This is his view and you know, he's entitled to it and frankly, I don't think anybody's gonna have enough delegates to get to the convention," Kasich said. "And this is really about who we want to have run the country. This is not a parlor game and so, I'm the only one who can beat Hillary Clinton. That's what the polls show so maybe they oughta knock it off and get behind me....[I]t's ok, it's fine. We'll just move beyond it and we're gonna keep doing our thing."

The 2012 GOP nominee has been actively campaigning against Trump, who remains the Republican frontrunner. According to CBS News' latest count, Trump has 671 delegates while Cruz has 401. Kasich has picked up 138. A candidate needs to win 1,237 delegates in order to win the nomination.'

Romney, who also served as governor of Massachusetts, was previously registered there, but has been a registered Utah voter since he moved there a few years ago.

"Today, there is a contest between Trumpism and Republicanism," he said in his statement Friday. "Through the calculated statements of its leader, Trumpism has become associated with racism, misogyny, bigotry, xenophobia, vulgarity and, most recently, threats and violence. I am repulsed by each and every one of these."