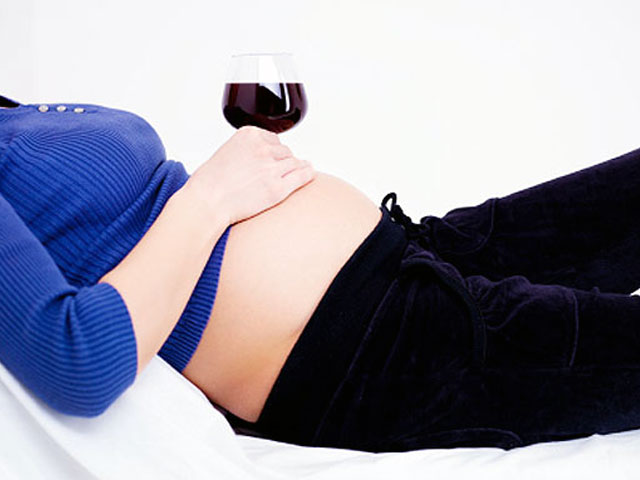 Pregnant women who have as little as one alcoholic beverage per week may risk their child's IQ potential in the process.

A new study found women who were moderate drinkers had children whose IQ was at least two points lower than women who didn't drink.

"Our results suggest that even at levels of alcohol consumption which are normally considered to be harmless, we can detect differences in childhood IQ, which are dependent on the ability of the fetus to clear this alcohol," study author Dr. Sarah Lewis, a senior lecturer in genetic epidemiology at Bristol University in the U.K., said in a press release.

The study was published online Nov. 14 in PLoS One.

Lewis and her team used genetic testing on 4,167 children born in the 1990s to determine the effects caused by moderate drinking during pregnancy. There were looking for genetic variants in genes that break down alcohol, a method they used to rule out lifestyle and socioeconomic factors that could have influenced the findings.

Women were surveyed during the 18th and 32nd weeks of pregnancy on their drinking habits or lack thereof. Moderate drinkers had between one in six drinks each week. Heavy drinkers and women who reported having two alcoholic drinks on one occasion were excluded from the study.

The researchers determined four genetic variants in alcohol-metabolizing genes were strongly related to a lower IQ in children once they turned 8 years old. Each genetic variant they had contributed to a 2-point drop in IQ.

There was no effect reported in women who did not drink during pregnancy, which the researchers say strongly suggests that the fetal exposure to alcohol was the likely factor causing the IQ differences.

"'This is a complex study but the message is simple: even moderate amounts of alcohol during pregnancy can have an effect on future child intelligence," Dr. Ron Gray, a clinical epidemiologist in the perinatal unit at the University of Oxford in the U.K., said in a statement. "So women have good reason to choose to avoid alcohol when pregnant."

The Centers for Disease Control and Prevention urges pregnant women to avoid alcohol, saying "there is no known safe amount" to drink. The agency adds it is the leading preventable cause of birth defects and developmental disabilities in children.

A CDC study in July revealed one in 13 women drink moderately.

However this summer, five Danish studies found that low to moderate levels of drinking during pregnancy may not cause neurological or psychological damage to children by the time children turned 5. There were no differences in IQ test scores or other tests that measured a child's executive functioning between those born to women who had between one and eight weekly drinks and those born to women who stayed sober.

An author on the studies who works as a senior scientist at the CDC, Dr. Jacquelyn Bertrand, told CBSNews.com around that time the research would not change the agency's recommendation.

""Drinking during pregnancy is just not worth the risk," she said.