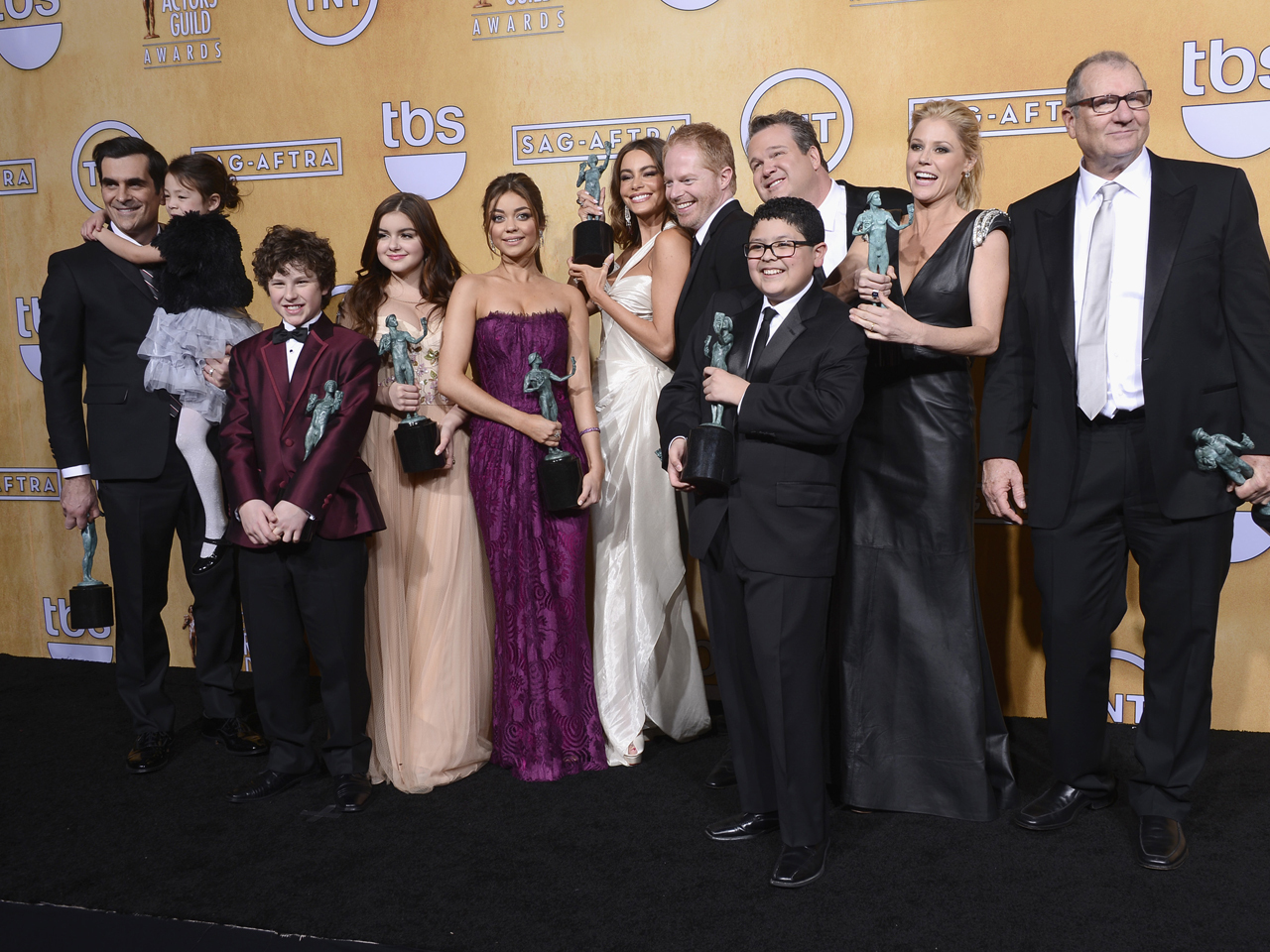 KANSAS CITY, Mo. Three stars from the ABC comedy "Modern Family" got stuck in a Kansas City elevator for about an hour Friday night, delaying their appearance at a charity benefit.

Julie Bowen, Jesse Tyler Ferguson and Eric Stonestreet were in town for a fundraiser for the Boys & Girls Clubs of Greater Kansas City. Stonestreet grew up in Kansas City, Kan.

The Kansas City Star reports  the three actors were trapped in an elevator with about a dozen other people at the Sheraton Kansas City Hotel at Crown Center, where they were headlining the fundraiser.

Crews from the Kansas City Fire Department freed the group at about 10 p.m., an hour after they were scheduled to appear.

When they finally took the stage, the actors praised and thanked the Fire Department.