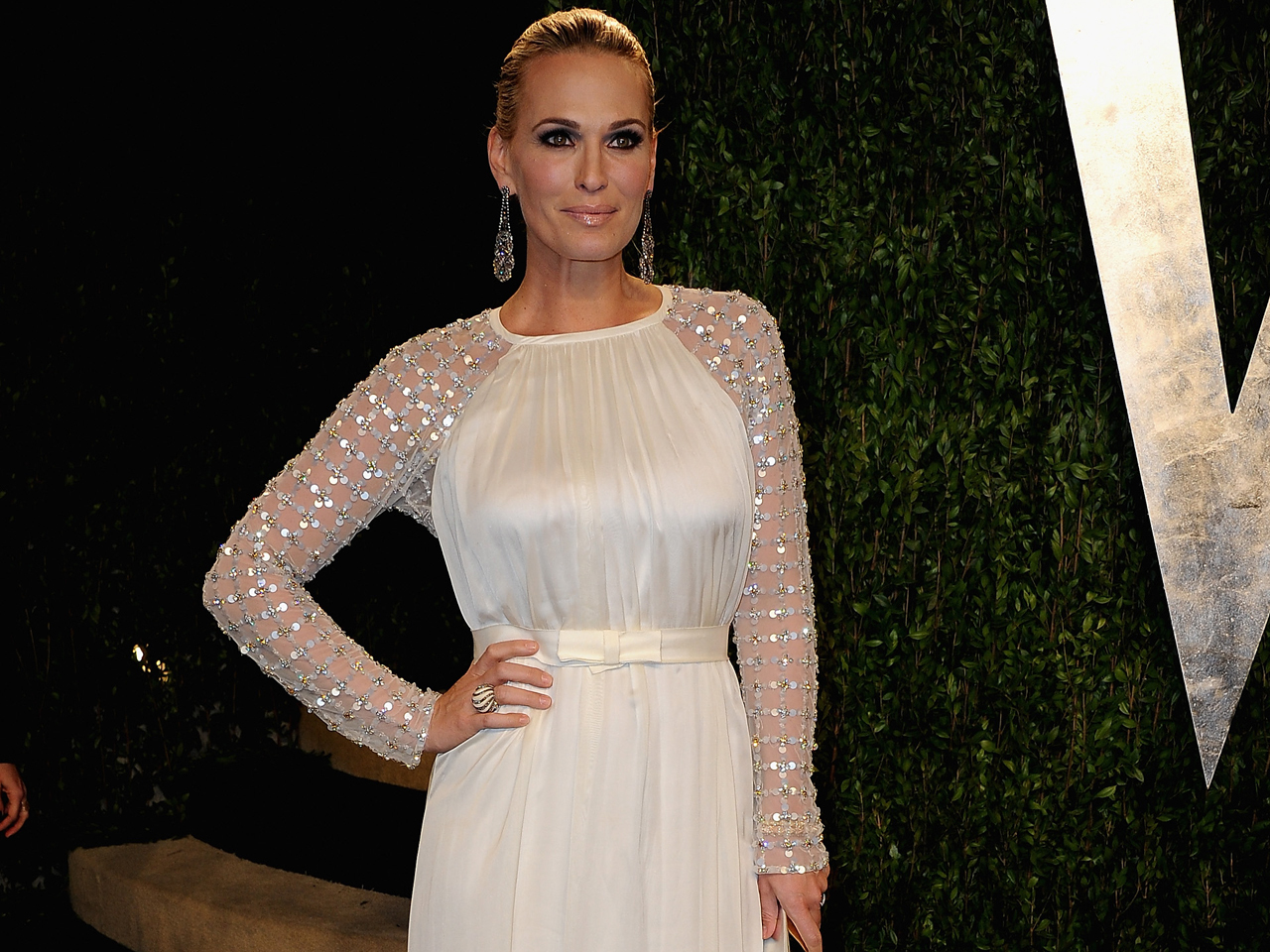 Who better to give fashion and beauty advice than model Molly Sims?

The new mom opened up about her beauty routine, motherhood and her next TV role in a new interview with CBSNews.com.

In recent months, the stunner has been spending a lot of time with her baby boy Brooks, who was born last summer. But she's also busy starting a few new projects. The 39-year-old actress/model, who's a spokesperson for skin care brand Pond's, is readying her book. Due out next year via HarperCollins, "The Everyday Supermodel," inspired by Sims' website, will focus on health and beauty.

Sims, who starred on "Las Vegas" from 2003-2008, is eyeing her next TV role, too. Read on to find out Sims' must-have beauty and fashion tips, and learn what she has in store.

On beauty: I think a lot of women sometimes for get to clean their faces but they also even more important they don't exfoliate on the body. Dry brushing is great for your body. It gets everything moving and gets the toxins going. I start out every morning with a green juice of spinach and kale and parsley and carrot and apple. That's my go-to drink. Every now and then, I'll do hot water and lemon.

On her work-out routine: I work out an hour to an hour-and-a-half, four to five times a week. Some people, if they don't have a lot of time they don't have to work out all at once, a good trick is do 20 minutes in the morning and 20 minutes in the afternoon. Get on a treadmill...get a space heater. I think the main thing for women is they have to sweat. However you do it -- whether it be yoga, whether it be cardio, running or walking. You got to get a good sweat on. So close those windows, put on a sweatsuit and start walking.

On style: It's definitely gotten a lot more classic. I always tell women to spend a little bit more money on the key pieces they have -- whether it would be a great suit or a great dress or pair of black shoes. Really invest in those pieces. And with your trendy pieces, spend a lot less...When I'm buying cheaper clothes I buy two sizes up because the fabric hangs better. I know no one wants to go up two sizes, but I'm telling you, you will actually look thinner in your clothes. Nothing looks good painted on.

On how to look camera-ready: Moisturize, moisturize, moisturize. I think I'm going to say the opposite -- don't go thick on the foundation and watch your powder. I think you should definitely wear a primer and mix it in with your foundation and your moisturizer. It makes your makeup last a lot longer. Instead of powder, tap and blot with just a plain tissue. A little trick I use with blush is I use a cream blush and I do a powder blush over it. That makes it last a little longer. My whole thing is that makeup really sinks on me. The longer it could last the better without me having to touch it up. I always love a good gloss. And when I'm feeling kind of down, I love the trend that's now -- the darker lip, a brighter lip, whether it be a red lip or a darker wine stain with just a beautiful little mascara and a little bit of liner. It looks really chic and classic.

On how motherhood changed her routine: It became a lot quicker and a lot shorter really quickly. And it became much earlier. I exercise on his nap time. He's eight months old. Once he got into a little bit of routine, he wakes up between 6:30 and 7:30, so he goes down for two hours, I'll exercise, I'll get myself ready. I think the biggest tips I can gives moms -- even if you got nowhere to go -- get up, shower, blow- dry your hair, use dry shampoo, whatever. But act like you got somewhere to go and don't sit around in your sweatpants all day long.

On surprises of motherhood: It's all encompassing. It's made my work that much better. I always have something to look forward to. When I go in there in the morning and I see him it's like a Christmas gift I get to unwrap. It's so fun when he smiles, but I will say, I came to New York City for myself without him and it the first time I actually read a magazine from start to finish for the first time in eight months. Your time isn't your own anymore and that's been the biggest adjustment.

On upcoming TV role: We're in pilot season right now. I'm looking for a good comedy. It's a little bit of a hard thing...I'm trying to find something between LA and New York that works with my husband [producer Scott Stuber] and my schedules. That's very different because before you didn't have to check with anybody, so with a husband it's a little bit different. But it makes it all worth it. And maybe do a little more hosting. I've enjoyed that. I've been doing that a little bit on my hiatus and I have to say I have a lot of fun with it.

On whether she would do reality TV: Probably not...I'm too private of a person to have cameras follow me around. I think they would be a little bit bored as well. I love reality and I think there's so many shows that have come from that I have found entertaining. But I just don't think it's a boat I would want to ride.