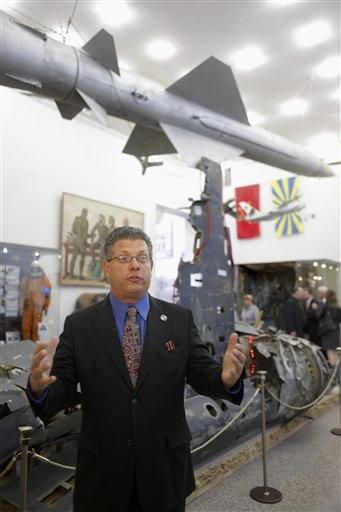 The family of a missing Utah woman, whose husband has been charged with her murder, has started a scholarship fund to keep the young woman's memory alive.

Lori Hacking was reported missing by her husband, Mark, in July. But after a few weeks, Mark allegedly admitted to killing Lori and dumping her body in a trash bin. Mark is facing murder charges, and Lori has not been found.

Thelma Soares, Lori Hacking's mother, spoke to co-anchor Hannah Storm on The Early Show about her daughter and the new scholarship that has been established. The Lori Kay Soares Hacking Scholarship Fund at the University of Utah will provide full tuition for a junior or senior female who has been in a troublesome relationship, hit financial hardship or had other family/life difficulties.

Lori's mother wears her daughter's earrings, necklace, wedding ring, and her perfume. It is a way, she says, for her to feel close to her daughter.

To buy that wedding ring, Mark sold his car. How does Mrs. Soares reconcile such loving sacrifices with the crime of which her son-in-law stands accused?

"I still haven't quite come to terms with it because, you know, I've known Mark for 10 years, and the Mark that I know and love is not the Mark that did this terrible thing. And so it's difficult for me to reconcile in my mind, you know, those two Marks. Who is the real Mark?"

How did she feel when she found out it was all a lie?

"It still is difficult for me to believe. I feel so deceived, because we lived this lie with him for so long."

At what point did she come to believe that he actually could have killed her daughter?

She remembers, she says, when she "went to the hospital to…see him, and he was fine. He was standing by his bed, and I went over, and I said, 'Mark, didn't you know that my love for you wasn't conditioned upon your being a doctor?' I said, 'I loved you because you were so good to Lori and you were so good to me.'

"He kind of sobbed a moment, and then he took me by the shoulders and looked me straight in the eye and said, 'Thelma, I promise…' Then he pushed my shoulders back a little bit. 'I promise, I had nothing to do with this.' He had already told his dad that."

Did she believe him?

"That was – I think that was – the moment I desperately wanted to believe him but way deep down, I didn't."

Among Lori's many good qualities was her success as a scholar, which is one reason that her mother wants to keep her memory alive is by the scholarship fund that has been established in her name.

"The things that help me cope with this bizarre set of circumstances is that here is a tangible thing that we can do for Lori, in her memory," says Mrs. Soares. "She thought an education was one of the most important things in life."

The scholarship, at the University of Utah's School of Business, is meant for a young woman who has endured hard circumstances in her life.

"Lori did not have a deprived childhood," says Mrs. Soares. "However, in the end…she was terribly violated and abused. And so the preference is that this scholarship go to young women who have had difficult life circumstances. Perhaps -- perhaps they've been abused. Perhaps they're single mothers who are…struggling to make ends meet and to better their lives. And so she would have liked this, you know?

"You know, what my dream would be is that, at some point in the future, someone would come up to me and say, 'My life has been changed, and it's so good, because my mother was able to go to school.'"

Mark Hacking is currently at the Salt Lake County jail facing charges of murder and obstruction of justice with bail set at $1 million. A preliminary hearing in this case is scheduled for Thursday, Sept. 23.