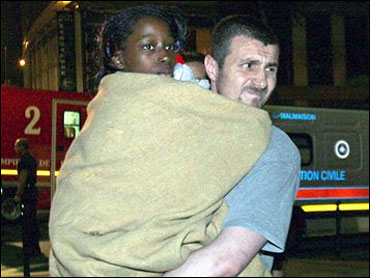 Raul Mondesi's injured right elbow might cost him the rest of the season.

"I don't want to lose my career for two months," said the Blue Jays star outfielder, who has ligament damage and chips in the elbow. "I want to help the team win but I can't."

Mondesi has been told by three doctors that he needs surgery. The 29 year-old right-fielder, hitting .272 with 24 homers and 67 RBIs, can't even straighten out his right arm.

Mondesi said he can either have the surgery now, and not miss the start of next season, or wait until after the season and be out until May.

He said he would see how it feels in a week and then decide.

Mondesi, on the 15-day disabled list, played a light game of catch before the game. He just returned from a Florida visit with Dr. John Uribe, who works with the Miami Dolphins

The Blue Jays have struggled since Mondesi was injured in a July 21 game. Toronto ended their six-game losing streak Thursday with a 3-1 over Texas. They began the day 5@1/2 games behind the first-place New York Yankees in the AL East.

Mondesi was acquired from the Los Angeles Dodgers last November for Shawn Green.