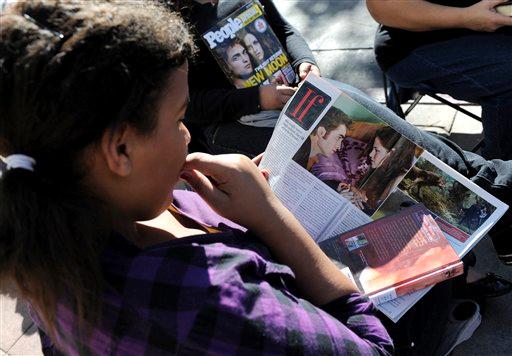 Scientists have unraveled the DNA of another of our primate relatives, this time a monkey named the rhesus macaque — and the work has far more immediate impact than just to study evolution.

These fuzzy animals are key to testing the safety of many medicines, and understanding such diseases as AIDS, and the new research will help scientists finally be sure when they're a good stand-in for humans.

"The thing we're all fascinated with is what makes us different from these animals who are so close to us," said Dr. Richard Gibbs of the Baylor College of Medicine, who led a team of more than 170 scientists that collaborated on the project.

In Friday's edition of the journal Science, the researchers report deciphering the macaque's DNA and comparing it to the genetic blueprints of humans and our closest living relatives, chimpanzees.

Among the most intriguing discoveries so far: a list of diseases where the same genetic mutation that makes people ill seems normal for the macaques.

"That is really quite a stunner," said Dr. Francis Collins, genetics chief at the National Institutes of Health, which funded the research. "It gives you a glimmer of how subtle changes in DNA cause big trouble."

The mapping of the human genome in 2001 sparked an explosion of work to similarly decipher the DNA of other animals, so scientists could compare species in the effort to understand the functions of various genes.

The rhesus macaque is the third primate genome to be completed, work that promises to greatly enhance understanding of primate evolution, perhaps even to help explain what makes us human.

Not surprisingly, the DNA of humans, chimps and macaques is highly similar. Humans and chimps have evolved separately since splitting from a common ancestor about 6 million years ago, but still have almost 99 percent of their gene sequences in common.

Macaques branched off from the ape family tree far earlier, about 25 million years ago — yet still share about 93 percent of their DNA with humans, the new work shows.

Here's the key: Six million years isn't long in evolutionary history. So if a particular gene is different in the human and the chimp, it's impossible to know which version came first. Add these more ancient Old World monkeys into the mix, however, and it may be possible to tease out genetic changes that were important for key traits of modern humans, such as higher brain power and walking upright.

"That does point us, in a much more powerful way, to answering the question, 'What does humanness mean?' at the DNA level," said Collins, director of NIH's National Human Genome Research Institute.

But right away, the work raises some important biomedical questions, because rhesus macaques are ubiquitous in medical research. Most vaccines and many drugs are tested in the monkeys before ever reaching people. And they're used as models of many human diseases, most notably the AIDS virus.

"As models, we expect them to behave like us," noted Baylor's Gibbs.

Yet consider some of the differences found so far:

About one in 14,000 babies is born with PKU, or phenylketonuria, meaning their bodies can't process a protein found in most foods called phenylalanine. Without treatment, PKU causes mental retardation. But in macaques, the gene defect that causes PKU seems to cause no harm, suggesting they may somehow compensate in a way people can't.

The researchers found a list of such mutations, from ones linked with cystic fibrosis to blood diseases, that are bad news for people but seem normal in the monkeys. Most involved metabolic disorders that in turn can harm the brain, a link Gibbs found particularly compelling.

The monkeys had triple the number of genes as people do to run one arm of the immune system. That raises immediate questions about how they react in vaccine or AIDS research. "It would make sense that a comprehensive knowledge of their immune machinery should be a part of those studies," Gibbs said.

On the other hand, macaques had far fewer of a family of cancer-related genes than either humans or chimps.

Gibbs said the work has importance for the animals, too — because knowing their genetic makeup should cut the number of monkeys needed in many biomedical experiments.

"It's really about experimenting less and being able to learn more," he said.

Stay tuned: More primate gene maps are on the way, including blueprints for orangutans, gorillas and gibbons.