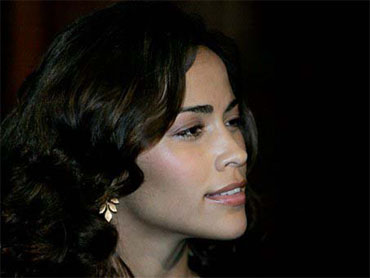 Despite years of study, there remains too little evidence to conclude a monkey virus that once tainted some polio vaccine can cause cancer in humans.

Still, the Institute of Medicine said Tuesday, although studies of people who received the vaccine have not shown increased cancer rates, a connection cannot be completely ruled out.

The institute, an arm of the National Academy of Sciences, recommended development of a federal response plan for dealing with contaminated vaccines and better tests for the monkey virus to determine how widespread it is.

During the 1950s millions of Americans were given polio vaccine contaminated with a virus called SV40, which infects monkeys but does not cause them visible health problems.

An estimated 10 percent to 30 percent of the polio vaccine given between 1955 and 1963 was contaminated with SV40. In the early days of the vaccine, it was grown in tissue from the kidneys of monkeys. Altered production techniques eliminated the virus from the vaccine in 1963.

Fears about a potential threat from the virus heightened in 1994 when researchers studying a type of lung cancer thought to be caused only by asbestos discovered many of the cancers contained the SV40 virus.

But a National Cancer Institute study reported in 1998 that the millions of Americans who were given contaminated polio vaccine during the 1950s do not have a higher incidence of that or other rare cancers some had thought could be linked to the virus.

The new report from the Institute of Medicine indicates that is still the case.

The new report does note that SV40 has been shown in some studies to cause cancer when tissue containing the virus was injected into rodents, other primates and humans.

Those findings suggest, but do not prove, that SV40 could contribute to some cancer in humans, said Dr. Marie McCormick, chair of the committee that prepared the report.

Those cancers occurred under "fairly contrived circumstances," she explained, and thus do not prove that the virus can cause cancer under natural conditions.

Several studies of people in the age group that would have received the contaminated vaccine failed to show any excess in cancer, she explained.

Because of questions about how people were selected for those studies, however, the committee was unwilling to come to a firm conclusion that there is no connection.

McCormick, a professor at the Harvard School of Public Health, noted that the polio vaccine has protected millions of people from serious disease and the tumors where misgivings have been raised are extremely rare.

The National Academy of Sciences is an independent organization chartered by Congress to provide advice to the government on scientific matters.