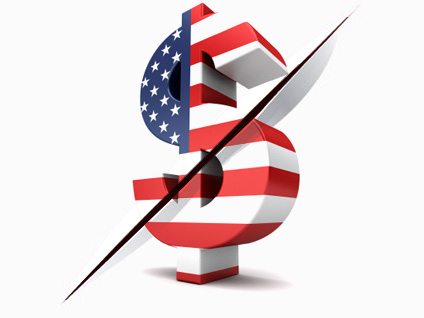 If the highly partisan Congress does not reach a budget deal, more than $600 billion in spending cuts and tax increases will automatically kick in starting Jan. 1, a scenario that's been called the "fiscal cliff," because it is likely to send the economy back into recession and drive unemployment up.

A year ago, Moody's cut its outlook on U.S. debt to "negative," which acts as a warning that it might downgrade the rating, after partisan wrangling over raising the U.S. debt limit led the nation to the brink of default.

Rival agency Standard & Poor's took the drastic step of stripping the government of its "AAA" rating on its bonds around the same time. Fitch Ratings issued a warning of potential downgrade.

In its report Tuesday, Moody's said it is difficult to predict when Congress will reach a deal on the budget, and it will likely keep its current rating and "negative" outlook until the outcome of the talks is clear.

What is the "fiscal cliff"? A Q&A
One year after the S&P downgrade: State of the market

Moody's also noted that the government will likely again reach the debt limit by the end of the year, which means another round of negotiations in Congress on raising the limit if the U.S. is to keep paying its bills.

"Under these circumstances, the government's rating would likely be placed under review after the debt limit is reached, but several weeks before the exhaustion of the Treasury's resources," Moody's analyst Steven A. Hess said in his report.

Despite the rating cut last year from S&P and the warnings from Moody's and Fitch, the U.S. has been able to continue borrowing at very low rates. That's because investors are still buying U.S. government bonds, as economic turmoil in Europe and uncertainty in other parts of the globe have left U.S. debt and U.S. dollars looking like safe bets. In contrast, bond investors demand high rates from troubled countries like Spain and Italy.

The stock markets plunged when the downgrade happened in August 2011, but Moody's warning on Tuesday did little to ruffle traders. The major market indexes were all modestly higher in morning trading.