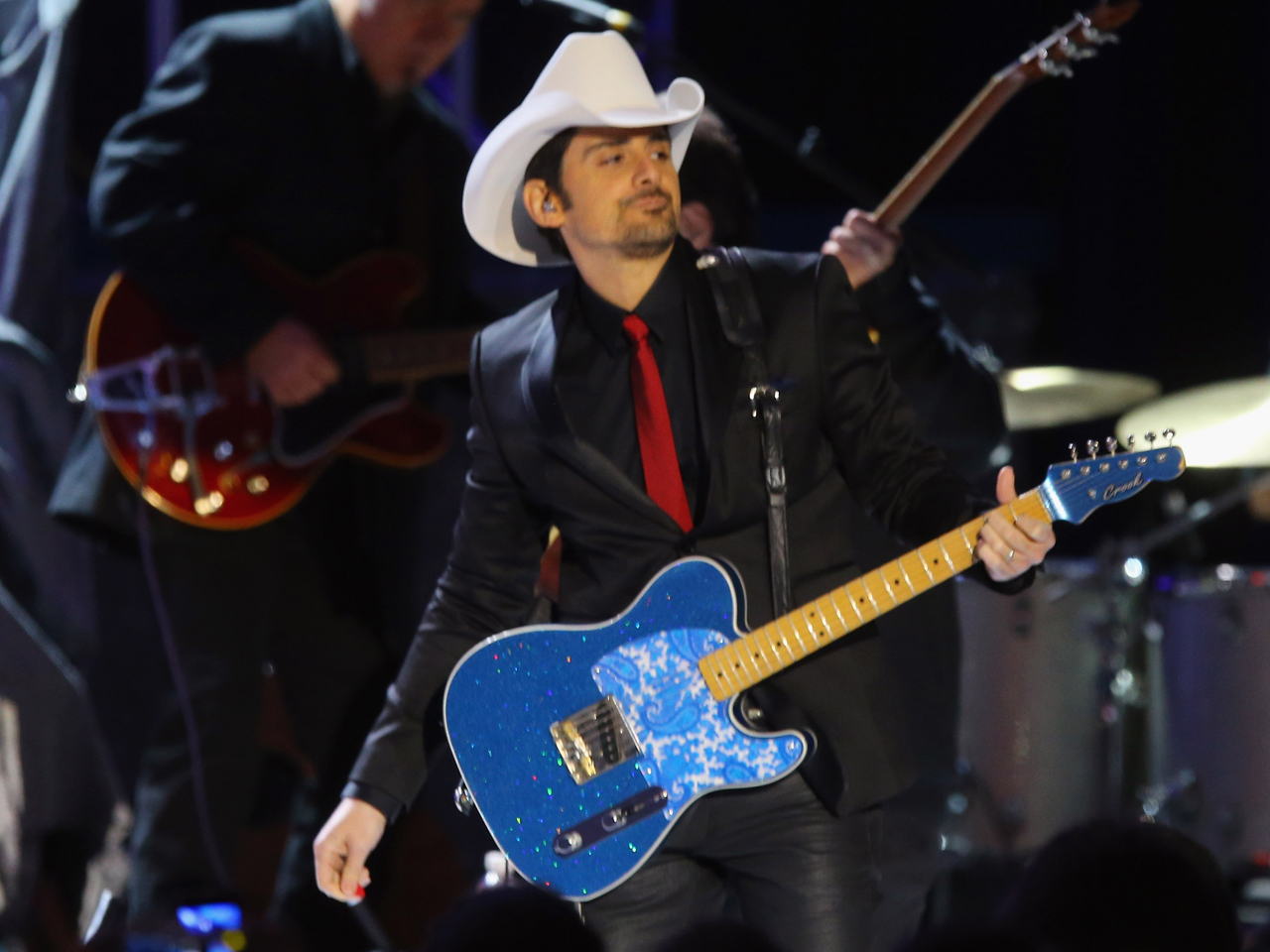 The Academy of Country Music Awards will be even more rocking this year. In addition to performances by co-hosts Blake Shelton and Luke Bryan, and Miranda Lambert, George Strait, Kelly Clarkson and more, viewers will be treated to a live "Fan Jam" concert during and after the awards show.

Brad Paisley will headline the 3rd Annual Fan Jam, and will be joined on stage by his special guests Dierks Bentley, Hunter Hayes, and ACM New Artist of the Yar nominees Brantley Gilbert, Jana Kramer and Florida Georgia Line. LL Cool J will also make a special appearance during the Jam.

The fans-only, live concert event will take place during and after the ACMs, and will be emceed by Storme Warren, host of GAC's "Headline Country." Eric Church tops this year's nominees with seven nods. Hunter Hayes is not far behind with six, followed by Taylor Swift and Miranda Lambert at five apiece.