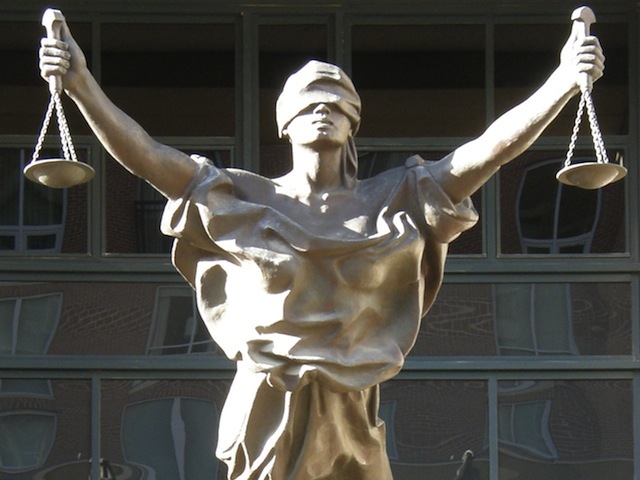 COMMENTARY Three years ago, I put former Fannie Mae and Freddie Mac CEOs Daniel Mudd, Frank Raines and Richard Syron at the top of the list of those responsible for the financial crisis.

Since then, the Securities and Exchange Commission and various class-action groups have filed lawsuits alleging these former executives committed all sorts of accounting and securities fraud. Sounds great, right? We the people are finally getting justice, right?

Wrong. Guess who's footing the roughly $200 million in legal bills to defend these alleged crooks against all those legal actions? You are. The taxpayers. The same is true of $400 million that Fannie Mae already paid to settle an SEC fraud suit. And that's just the tab to date; this will go on for years and years.

Even worse, this shouldn't be happening. Crony federal regulators and executives appointed by those same regulators after the flailing pseudo-government entities were brought under the federal government's conservatorship are letting it happen instead of doing their job of protecting the American people.

As is typically the case, Fannie and Freddie by-laws and contracts protect and indemnify company executives and directors against litigation costs. But that's not the case if executives or directors breach their fiduciary duty -- the duty of loyalty to the company and its stockholders -- or engage in intentional misconduct.

And that just so happens to be what former executives are being accused of: overstating income and manipulating profits over a period of six years to generate more than $115 million in improper bonuses, and misleading investors by understating their exposure to risky subprime mortgages, among other things.

The dilemma, of course, is that as long as the former executives maintain their innocence, neither admitting nor denying they did anything wrong, regulators and the CEOs they appointed to fix this mess say they're contractually and legally obligated to continue to indemnify the defendants.

When the federal regulatory agency FHFA moved to put Fannie Mae and Freddie Mac under conservatorship in 2008, then FHFA director James Lockhart and U.S. Treasury Secretary Henry Paulson -- both of whom took deep bows for this "sweeping government intervention" -- had the chance to deny those indemnification agreements. The only problem is, they didn't.

So here we are, you and me and all the other American taxpayers; proud owners of over $5 trillion in questionable mortgages and securities; printing more and more money to cover the $1 trillion plus bailout and executive bonuses for these remarkably dysfunctional pseudo-government entities.

And the worst part about it is, when the SEC sues Fannie and Freddie, it's essentially suing you and me, since that's who ends up paying all the penalties, settlements, and even the legal fees to defend the companies and their crooked executives. In total, that's $600 million and counting. Hard to believe.

Bottom line, the question of whether executives who have allegedly committed securities and accounting fraud -- cooking the books, for short -- should be indemnified for their legal fees is questionable. Meaning it's up to the current company executives and federal regulators to decide how aggressive they want to be.

So far, they've been pretty gutless, and you and I are paying the price.

In the mean time, there's no incentive for either side to do anything but pile on the lawsuits and drag things out as much as possible. Meaning hundreds of lawyers on both sides continue to rack up hundreds of millions of dollars in billable hours. The ironic thing is, win or lose, we lose. We pay.

And we're going to keep on paying until Congress and federal regulators say enough is enough and decide to stand up for the American people instead of protecting their cronies, printing money, adding to the federal deficit, and indefinitely prolonging the whole mortgage bailout mess.

In case you're wondering why we're having the most anemic post-recession economic recovery in decades, now you know.