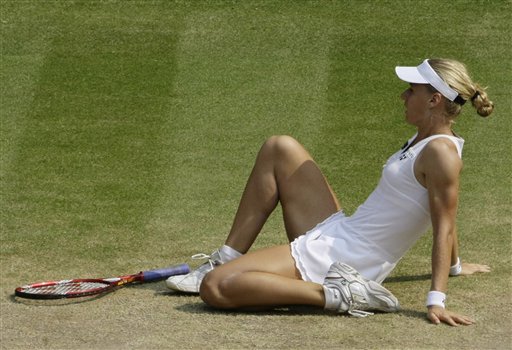 A car bomb — the fifth explosion in two days — blew up in the northern city of Santander on Saturday, two hours after a package bomb went off on the southern coast. The two attacks coincided with the closing of the European Union summit in Seville and were the work of Basque separatist.

"Terrorists have tried to create a climate of fear and a landscape of destruction," Prime Minister Jose Maria Aznar said in the southern city as EU leaders wound up two days of talks.

No injuries were reported in the latest blast that went off at 2:47 p.m. in Santander, a northern coastal city 244 miles from Madrid.

Earlier in the day, a package bomb exploded in a hotel parking lot in the southern coastal city of Malaga. No one was injured in that blast.

Police in Santander received a telephone warning that a car would explode in 30 minutes, as they had in previous explosions. A spokesman said police had time to evacuate the area even though the bomb exploded five minutes before the ETA caller said it would.

At the start of the European Union summit on Friday, three car bombs rocked the southern cities of Marbella and Fuengirola and the northeast city of Zaragoza. Those explosions also were claimed by ETA, or Euskadi Ta Askatasuna, which stands for Basque Homeland and Freedom.

ETA has killed more than 800 people since the late 1960s in its violent campaign for an independent Basque state in northern Spain and southwestern France. Spain, the United States and the European Union have all branded ETA a terrorist organization.

Six hours later, a bomb went off the center of nearby Marbella, a playground for the rich and famous, burning cars but causing no injuries.

In all, seven people including three children were hurt in Friday's attacks, provoking outrage in Spain as the country ended a six-month spell in charge of running the EU's affairs.

"These terrorists are attacking a Europe in which they know they have no place," Aznar told reporters.

The EU summit was held in a sprawling convention complex surrounded by police roadblocks and army and air force units on high alert.

Last year, ETA group warned tourists to stay away from Spain's Mediterranean coast and detonated car bombs at Salou and Roses, near Barcelona. They also hit Malaga's international airport, which serves many of the 1 million tourists who visit the Mediterranean Costa del Sol each year, mostly in summer.

Tourism is a major earner for the Spanish economy, with the southern Costa del Sol a magnet for Britons, Germans and other north Europeans in particular.

"One would have to be blind...to suppose that killing or trying to kill European tourists would be a way to achieve the solidarity of EU citizens or the sympathy of their governments," left-leaning daily newspaper El Pais said in an editorial.

Friday's attacks came a week after law enforcement authorities found 288 pounds of dynamite and other explosives, along with boxes of detonators and wiring, in a wooded area on the coast near Valencia.

The bombings also came after the lower house of parliament approved a bill to outlaw the political wing of ETA, which has seven seats in the Basque regional assembly.

Last weekend, tens of thousands of people marched through the northern city of Bilbao to protest the legislation, which is expected to receive overwhelming approval in the Senate next week.