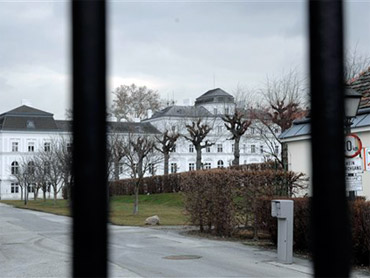 The famed institution said the men range in age from about 40 to over 70 and contacted the choir through a confidential hot line set up Friday after a local newspaper reported that two former members, both now adults, said they were sexually abused.

Tina Breckwoldt, who is responsible for the hotline, declined to disclose whether the eight abuse allegations are sexual, physical or psychological in nature and whether the alleged perpetrator were adults or other choir members.

"No one can undo injustice," the choir said. "At the moment, listening is most important."

The Vienna Boys' Choir is not church-affiliated. Many boys live in dormitories while singing away from their families. They also travel frequently.

The choir said on its Web site that it was taking the allegations very seriously. In an open letter to parents, choir members and alumni dated March 12 it said that "this kind of abuse, even if it took place in the past, constitutes an injustice that we deeply regret and that must and want to face."

The allegations coincide with a string of abuse claims against members of Austria's Catholic church.

In last week's article by the "Der Standard" newspaper, a 33-year-old who now lives in Berlin, was cited as saying he and others were pressured to wash their genitals in the shower while supervisors watched. He also said an older choir member forced him to perform oral sex at one point while he was a member of the choir from 1985 to 1987.

Another member, described as a 51-year-old psychologist living in Munich who sang with the group between 1966 and 1970, said a choir master rested his hand on his thigh for an hour while on a bus tour.

Meanwhile, Pope Benedict XVI says he hopes his upcoming letter to Irish Catholics on the sex abuse scandal in the Irish Church helps with the process of "repentance, healing and renewal."

Benedict told his weekly general audience Wednesday that he would sign the pastoral letter Friday and would send it to the faithful soon thereafter.

Speaking in English, Benedict acknowledged the Irish church had been "severely shaken" as a result of the crisis, and that he himself was "deeply concerned."