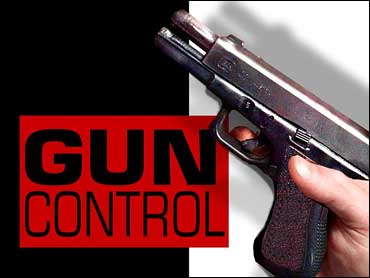 The Pentagon is proposing to Congress that an independent commission meet in 2003 to conduct a round of military base closures and consolidations, officials said.

Since the last round of closures in 1995 Congress has refused repeated requests by the Pentagon for authority to close more bases, even though the services say they are wasting money on surplus installations.

The Pentagon announced that Pete Aldridge, the undersecretary of defense for acquisition, would outline the proposal Thursday. The Pentagon provided no details in advance, but one official familiar with the proposal said Aldridge informed Congress of some details Wednesday.

The official, who discussed the matter on condition of anonymity, said the Pentagon plans to review every military base and has established detailed criteria for measuring an installation's military value.

Another official, also speaking on condition of anonymity, said although no bases would be ruled out in advance for closure or consolidation, the Pentagon could intercede if the commission sought to close a facility the Pentagon deemed essential.

Some in Congress had suggested excluding bases deemed essential, so that communities in those areas not be subjected to the uncertainties that come with the threat of losing sources of economic vitality.

The Pentagon intended to submit legislation Thursday to amend the procedure followed during the 1995 base-closing review. The new legislation asks Congress to create a commission whose nine members would be appointed by President Bush in consultation with Congress, the official said.

In previous rounds of base closures, a portion of the commission's members were chosen by the president, the rest by Congress.

Under the new proposal, the Pentagon in March 2003 would submit to the commission its recommendations of which bases to close or realign. The commission would have until July to submit its decisions to Bush.

If Bush were to accept the commission's findings, he would have until September to submit them to Congress, which would have 45 days to reject them. If Congress took no action, the findings would become law.

Once the decisions were final, the Pentagon would have two years to implement them and six years to complete the closures and consolidations.

Defense Secretary Donald H. Rumsfeld has said repeatedly that the Pentagon needs to close bases to save money needed for other purposes such as new weapons and better troop housing. He recently told Congress that the military has 20 percent to 25 percent too much base capacity.

In comments to reporters Wednesday, the Air Force chief of staff, Gen. Michael Ryan, said his service badl wants to close and consolidate air bases. Ryan said the Air Force has 10 percent to 20 percent more base capacity than it needs, but he did not single out any as candidates for closing.

Ryan said Congress in recent years has tied the military's hands by refusing to allow base closures and consolidations.

Â"For us it is gridlock,Â" he said. Â"If I want to move an airplane from one location to another to get efficient, doing that is nigh onto impossibleÂ" as long as Congress refuses to allow adjustments.

On Capitol Hill, Rep. James Hansen, R-Utah, predicted the House and Senate would approve the Pentagon's request for a round of base closings in 2003, but lawmakers of both parties on the House Armed Services Committee questioned administration arguments that base closings save money.

Â"We shouldn't assume the savings are there,Â" said Rep. Joe Scarborough, R-Fla. Â"We have done it four times, and it hasn't saved us any money.Â"

There have been four rounds of base closings since 1988.

©MMI, The Associated Press. All Rights Reserved. This material may not be published, broadcast, rewritten, or redistributed