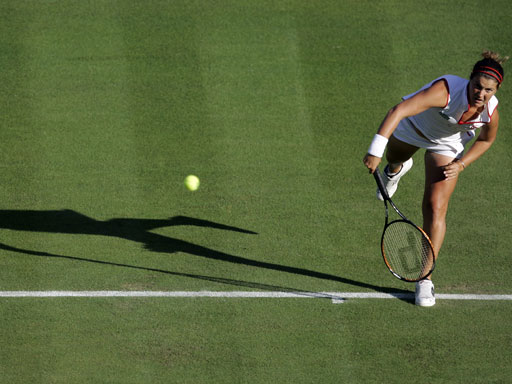 
The aim of Secretary of State Colin Powell's second trip to the Middle East was to get Israelis and Palestinians to move forward from a shaky cease fire worked out by CIA Director George Tenet several weeks ago. He sought to establish a timeline by which the two parties, locked in a cycle of violence for the past nine months, could move on to an end to the violence, a cooling off period, implementation of confidence building measures and, finally, a return to peace talks.

After negotiating sessions with Chairman Arafat and Prime Minister Sharon, Powell said both had agreed to a timeline: after seven "quiet" days, no violence, there would be a six week cooling off period, followed by confidence building measures to be instituted over several months, and then a return to peace talks.

OK, it can be argued, Powell got what he came for. Powell told reporters travelling with him "the accomplishment of this trip is getting past where we left it with the Tenet work plan and getting the Chairman to commit to the seven day quiet period so the Mitchell Report plan can unfold." The secretary concluded saying "I'm pleased with the investment of time."

But it can also be argued Powell leaves the region with more questions still being asked than there have been answers provided for.

What does "quiet" mean? Prime Minister Sharon mentioned mortar attacks, Molotov cocktails and land mines — they obviously are not "quiet." Neither is gunfire which results in the death of Israeli settlers, as happened yesterday. But what if there is gunfire and no casualties? What about stone-throwing teenagers? If a stone hits a car, is it still "quiet?" If a shot is fired at a settler, but there is no injury, is it "quiet" or is it another day of violence? What, in fact constitutes "violence?" Sorry, but no definition was provided in Tenet's so-called "work plan" to end the "violence."

Israeli and U.S. officials agree that the clock starts again after each "violent" episode. And Secretary Powell has said it will be up to the Israeli Prime Minister to judge when it is "quiet."

Assuming that Yasser Arafat has enough control over most Palestinians to quash any violent intentions and, even more important, is willing to exercise that control, perhaps there is a chance this timeline for a return to peace talks will work.

There is a great degree of skepticism, however, that Arafat has the power or the will to use it to get even seven days of calm. Though some senior Israeli officials who have dealt with him for many years say he can do a lot more than he has so far been willing to do, they also note the number of individuals with extremist tendencies who could derail progress toward an end to violence with a single act of terrorism. Bfore Powell left Israel today, there were reports of a mortar attack.

At some point the parties may agree to have monitors or observers take stock on an ongoing basis. This idea is favored by Palestinians but not by Mr. Sharon. Powell alluded to the possibility of such a monitoring group, but was forced to back off the notion a few hours later. Would such observers be armed? Would they be international? Would only U.S. observers be acceptable to the Israelis, who openly discount the U.N. and Europeans as not objective?

If the negotiators have thought about these questions, it is not apparent from briefings given by senior U.S. officials to reporters traveling with Powell, except to the extent that, if the parties agree, perhaps it might be in the context of the trilateral security working groups, which includes CIA officials.

As Powell concludes his trip by briefing senior Jordanian and Saudi officials on his talks, he can say he got the best "agreement" possible. Perhaps he did.

Powell, while speaking to reporters on his plane, said he "made it clear with the Prime Minister and the Chairman, if this doesn't get the Mitchell Report started, I don't know what will."

Still, the odds favor more unrest, more casualties, more finger pointing, and a greater role for U.S. diplomats. In the best case that role would be to help the parties rebuild trust and confidence in each other to return to peace talks. In the worst case American diplomats will have to help pick up the pieces of this fragile arrangement if and when it collapses and perhaps work to prevent the present dispute from widening into a regional conflict.