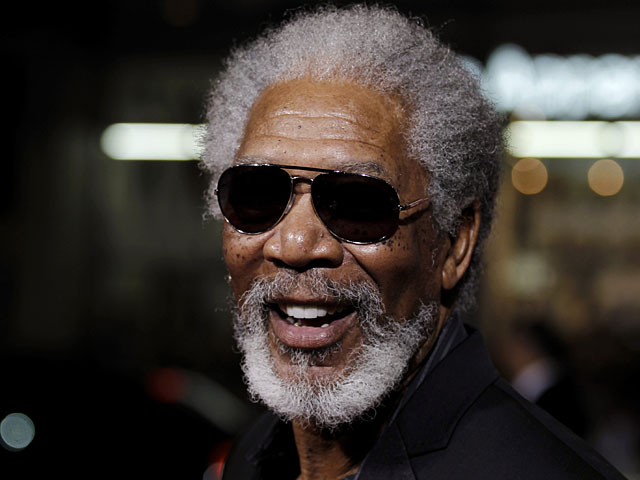 Earlier today, a campaign ad for North Carolina Republican B.J. Lawson drew attention because it sounded as though the narrator was none other than actor Morgan Freeman.

Lawson's campaign confirmed that Freeman had recorded the ad, claiming on its website that the actor was paid a reduced rate for the voiceover work.

"Campaign manager Martin Avila explains that a supporter of Lawson's was also acquainted with Mr. Freeman and connected the campaign with the actor," Politico's Byron Tau reported. "He warns that the commercial should not be counted as an endorsement by Freeman but says the spot 'is really resonating' in the district."

Now Freeman has come forward to say that the claim that he narrated the ad - which has now been removed from YouTube - is false.

"These people are lying," Freeman said in a statement sent to Ben Smith by a spokesman. "I have never recorded any campaign ads for B.J. Lawson and I do not support his candidacy. And, no one who represents me ever has ever authorized the use of my name, voice or any other likeness in support of Mr. Lawson or his candidacy."

The page on Lawson's campaign where the claim that Freeman narrated the ad has been taken down.


But a press release that remains online features Lawson campaign manager Martin Avila saying, "Barbara Streisand wouldn't do it this, but Morgan Freeman doesn't have a problem cutting ads against Washington insiders or he wouldn't do it."

"People shouldn't be so shocked that someone like Mr. Freeman would think outside of the left-right red vs. blue dynamic," he said. "This election IS about regular people asking basic questions."

The campaign of Democratic incumbent David Price called on Lawson to pull the ad.

"This is an unfortunate and desperate attempt to fool voters in the last hours of a campaign," Price said in a statement reported by Smith. "By using Mr. Freeman's good name, BJ Lawson has ruined his own, and he should be ashamed."

An earlier ad for Wisconsin Republican gubernatorial candidate Scott Walker, as The Awl reports, also appeared to feature Freeman - though it turns out the narrator in question was not the actor but "a very talented announcer." Check it out at left. (Freeman can be heard introducing the CBS "Evening News" on a daily basis -- and yes, it's really him.)

CBS News rates the race for the district around Chapel Hill as a probable Democratic victory.

UPDATE: Lawson explains, blaming the vendor that produced the ad.