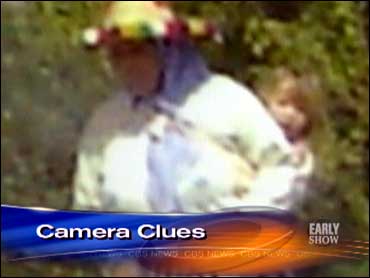 The parents of missing British toddler Madeleine McCann had their hopes dashed again Wednesday, as a girl resembling her photographed in Morocco turned out to be the daughter of a local olive farmer.

The excitement over the photo, taken by Spanish tourist Clara Torres in northern Morocco last month and widely published on the Internet, testified to the international frenzy that the McCann case has sparked. Many people have hoped for signs that Madeleine is alive more than four months after she went missing from a Portuguese resort.

International police organization Interpol said Wednesday that investigators have been studying the blurry detail of the photo. Only vague outlines of the girl's face were visible in the picture, which featured a group of people and woman with a fair-haired child on her back.

An Associated Press reporter reached the girl and her family Wednesday in Zinat in northern Morocco, the mountain village where the photo was taken and where the family works a modest olive farm.

The girl is 3-year-old Bouchra Ahmed Ben Aissa, and in the photo she was being carried by her mother, Hafida, while her aunt and father were also pictured, family members said.

The child, visibly perturbed by the heated interest in her in recent days, clung to her sister before retreating to play on a chipped tile landing outside her house.

Interpol said its office in Madrid, Spain, had received "a number of photographs from members of the public of potential Madeleine sightings, including the picture taken in Morocco by a Spanish couple."

The international police organization, based in the southeastern French city of Lyon, said the photos had been forwarded to Portuguese police, who are leading an investigation into the girl's disappearance.

Moroccan security officials told The Associated Press that police in the North African kingdom had not received any formal requests to investigate the matter. Portuguese police declined to comment on the grounds that an investigation was continuing.

A spokesman for the McCanns, Clarence Mitchell, said they experience an "emotional roller coaster ... each time this sort of information comes in."

"Clearly, if these reports that the girl in the photograph isn't Madeleine are true, it is disappointing news," said Mitchell. He said the couple has decided not to comment on reported sightings of Madeleine.

Madeleine vanished from the Portuguese resort Praia da Luz on May 3, soon before her fourth birthday. Portuguese police have named the girl's parents, Kate and Gerry McCann, as official suspects in the disappearance.

The couple said they had left the girl and her younger twin siblings asleep in their rented villa while they had dinner nearby. Despite an extensive search and a worldwide publicity effort led by her parents, no confirmed trace of the child has turned up.

Alleged sightings of the girl have already been reported in Europe and Morocco. The area in which the photograph was taken is known for European influences, and fair-haired children with light-colored eyes are relatively common there.

The photo was taken through a car windshield at a distance of several dozen meters (yards), and the resemblance to Madeleine was only clear upon zooming up on the image.