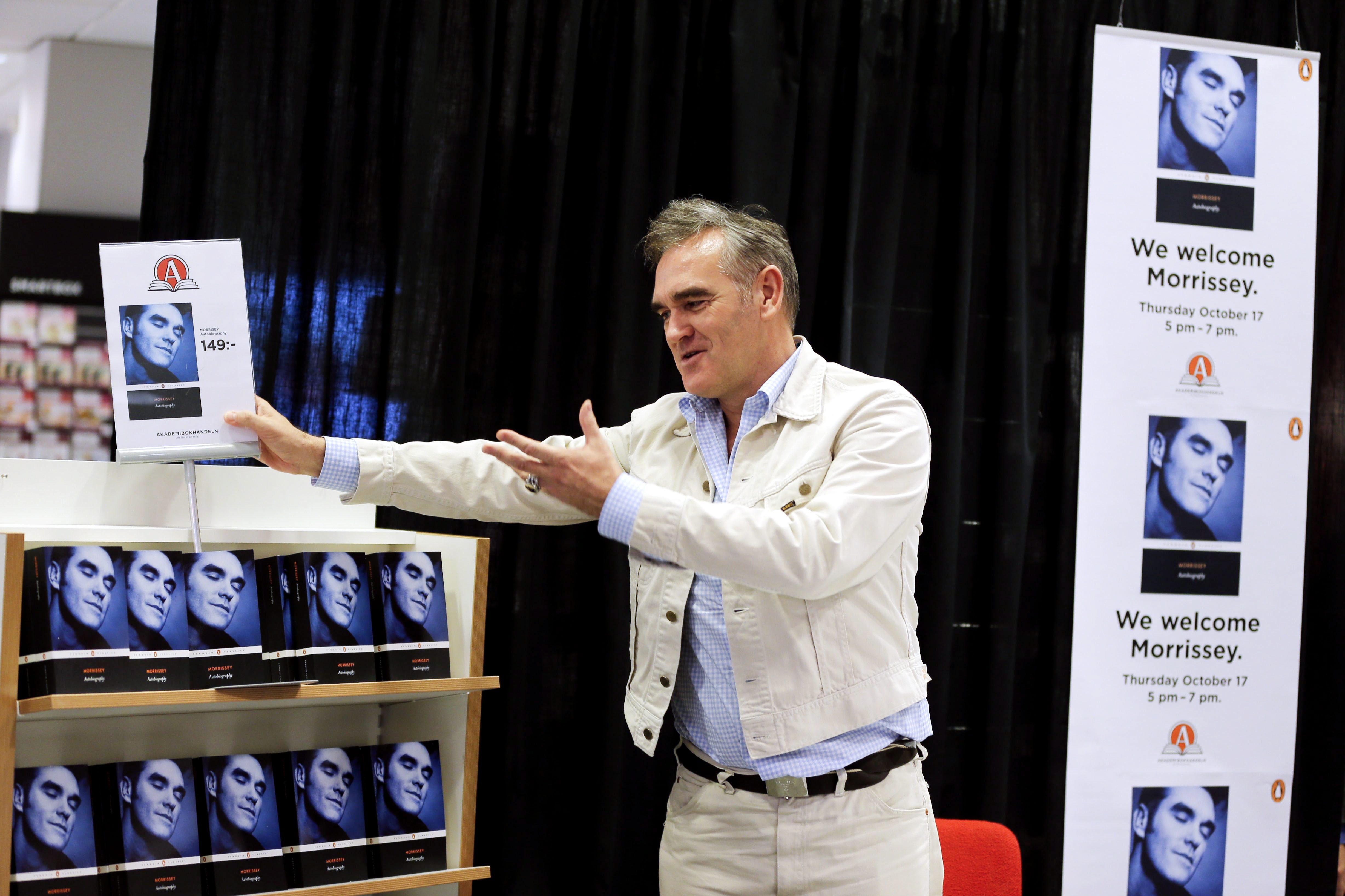 NEW YORK The Morrissey memoir show will soon arrive in the U.S.

Penguin Random House announced Tuesday that Morrissey's "Autobiography" has been acquired jointly by three of its imprints. G.P. Putnam's Sons will publish the hardcover on Dec. 3, while Penguin Classics will handle the paperback edition at a date to be determined.

The book is a No. 1 best-seller in England.

British reviewers have been divided over the book by the Smiths' former frontman. Rock critic Neil McCormack gave "Autobiography" a five-star review in the Daily Telegraph. He compares it favorably to Bob Dylan's "Chronicles." But the Independent's literary editor, Boyd Tonkin, writes that he tired of Morrissey's "droning narcissism" and "puerile litany of grievances."