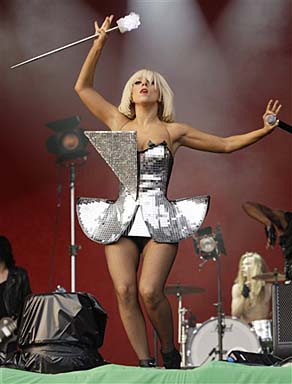 Moussaoui, who is representing himself, had asked U.S. District Judge Leonie Brinkema for an indefinite postponement to give him more time to prepare his defense.

Brinkema's order agreed with the positions of Moussaoui and a team of court-appointed lawyers asked by the judge to remain in the case.

She ruled against prosecutors, who favored the previous schedule of jury selection beginning Sept. 30 with testimony to begin by mid-October.

The court-appointed defense team had requested a two-month delay. The lawyers have been asked to remain in the case as "standby" attorneys in case the judge revokes Moussaoui's approval to be his own lawyer.

Prosecutors said in a motion this week they wanted the trial to begin as scheduled, contending the public and victims deserve a speedy resolution of the case.

They said a delay would be contrary to a law requiring speedy trials. The prosecutors said the Sept. 11 attacks were "volleys in a declared war against the United States ... intended to terrorize the entire nation. Thus, the victims and the nation's interest in a fair and speedy trial is beyond dispute."

The delay helps the defense more than prosecutors of course but it doesn't guarantee that there will be an acquittal, said CBSNews.com Legal Analyst Andrew Cohen. All is does is give Moussaoui, and the attorneys who still are trying to help him, more time to evaluate the voluminous information the government has gathered in the course of its investigation so there can be the best defense possible and even that might not be good enough.

In addition to delaying the trial date a few months the judge also seems to recognizing that jury selection in the case will take several weeks, something she wasn't willing to do before, and that suggests that she is concerned that it will be very difficult now, with Moussaoui's off and on confessions, to ensure that he gets a jury that is as impartial as possible.

Moussaoui still has huge problems in this case, not the least of which is that he still insists on representing himself, says Cohen.

Jury selection had been scheduled to begin Sept. 30 for the only person accused of conspiring with the 19 Sept. 11 hijackers.

Moussaoui, 34, a French citizen, has said that his strict conditions of confinement made it impossible to prepare a defense under the original schedule.

He cannot contact witnesses and has yet to receive government approval for computer access to huge numbers of documents turned over by prosecutors.

The court-appointed lawyers said they needed more time because of the huge volume of documents, many of them classified. While the lawyers are cleared to view the classified records, Moussaoui is not — and the government has vehemently opposed providing him any access.