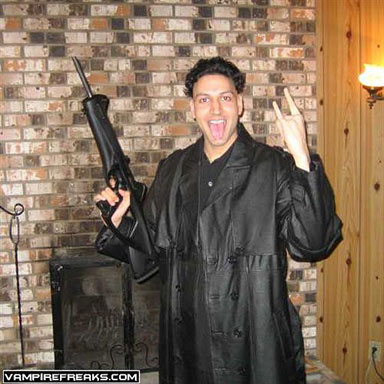 June 6, 2000 - While his company's lawyers braced for a ruling in the software giant's historic antitrust case, Microsoft chairman Bill Gates Tuesday testified on Capitol Hill and appeared at a Washington school to promote a new program to create state-of-the-art classrooms.

The committee will be focusing on removing barriers to economic potential through deregulation, trade and education.

"The lifeblood of our industry is not capital equipment, but human capital," Gates told Congress. The Microsoft chairman noted that just 20 percent of teachers feel confident using technology in the classroom. "That shows that we have a long ways to go."

Intel chairman Grove also pointed to holes in education, saying that high-tech degrees from universities declined from 1988 to 1998, while federal funding for high-tech research declined from $75 billion to $62 billion from 1990 to 1999.

Grove made a more controversial remark on the subject of proposed taxes on Internet commerce, saying he doesn't believe the Internet should be free from taxation. "I don't think electronic commerce needs federal or state subsidies," said Grove.

Gates also shook up his colleagues a bit by saying there may be a need for government regulation when it comes to Internet privacy. CBS News Correspondent Howard Arenstein reports Gates also urged Congress to move cautiously in this area.

Education is one of the few things both Bill Gates and the Clinton administration can agree on, despite the long-running battle between Microsoft and the Justice Department over the government's drive to break up the software giant.

Microsoft Tuesday filed what are expected to be the final papers in the historic antitrust trial of the software giant. The decision from federal judge Thomas Pefield Jackson on a punishment for Microsoft could come as early as Wednesday and could entail the breakup of the company.

Gates has a few more stops on what appears to be a goodwill tour through the nation's capital. He'll be meeting privately with members of the Congressional black, Hispanic and Internet caucuses. He's also scheduled closed-door meetings with House Republican and Democratic leaders and Clinton administration officials including Commerce Secretary William Daley and Federal Communications Commission chairman William Kennard.

The government Monday accepted a few minor suggestions from among many offered by Microsoft Corp. to alter a proposal to break up the company, but rejected most others.

Microsoft offered significant changes to the government's proposal, but the government agreed to only minor alterations. For example, it accepted Microsoft's proposal to characterize the break-up as a "divestiture" rather than a "reorganization."

Ballmer predicts that Jackson's initial ruling against Microsoft will be set aside pending appeal to higher courts.

"We remain convinced of the propriety of our legal position despite the negative ruling we will receive from the judge this week," Ballmer told reporters.

"We fully expect to prevail on the most important points on appeal, which is that we remain an integrated company and that we retain our right to continue to respond to customers and integrate new capabilities into Windows."

Ballmer ejected suggestions that the break-up of the giant could be positive for software users and the company itself.

"I know that our company will be much less able to help customers and consumers with the next generation of things they want to do if we don't exist as an integrated company," he said.

"My opinion is that the breakup would be very bad for our shareholders and it would be even worse, much worse for our consumers."

Ballmer declined to comment on an investigation by EU competition authorities into whether its Windows 2000 operating system could give the U.S. company a stranglehold over server software and ultimately electronic e-commerce.

But he was confident that Microsoft's planned acquisition of a 29.7 percent stake in Telewest would be completed within months despite European Union concerns that it might reduce competition in various areas of the digital cable industry.

The European Commission has expressed concern about the Telewest deal, which it fears may reduce competition in the provision of software for digital set-top boxes in Britain and limit consumer choice of cable services.

CBS Worldwide Inc. All Rights Reserved. This material may not be published, broadcast, rewritten, or redistributed. The Associated Press and Reuters Limited contributed to this report