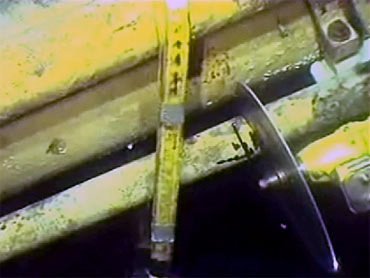 The wife of former vice presidential candidate John Edwards waited a while before telling family members that she was facing a possible breast-cancer diagnosis.

And when she did tell them, she told each relative separately, reports Elizabeth Glick, a senior editor for People magazine, which conducted the first interview with Mrs. Edwards and her family since her diagnosis.

"This is a difficult time for the family, but they're a strong couple and very upbeat couple and they're just kind of forging ahead and doing what they need to do," Glick told co-anchor Julie Chen Wednesday morning on The Early Show.

Mrs. Edwards, who discovered the lump on her breast during a self-exam in the shower, kept campaigning and made and appointment to see her regular doctor. During this period, she did not tell her husband because she did not want to distract him from the main task at hand, Glick said.

Mrs. Edwards was diagnosed with invasive ductal carcinoma, the most common type of breast cancer, accounting for 60 to 80 percent of all cases.

"When it became clear to her that there was going to be bad news," Glick said, "she called John on a campaign plane and she said, 'I'm afraid I have bad news, but don't do anything.' But he flew into a frenzy and began researching doctors and all of that.

"She told her daughter Kate, who is 22, early in the morning of the night when they were watching the election returns, and then sometime later -– she has two small children who are 6 and 4 -- and she tried to explain to them in simple language what cancer is and she said, "Mommy's hair is going to fall out.'"

Mrs. Edwards is following a pretty aggressive course of treatment. She will be having 16 weeks of chemotherapy, then surgery, then radiation. Her prognosis appears good.

"The medical experts, the people I spoke to, said there is a very good chance she'll continue to live a long and healthy life after this aggressive treatment," Glick said.

Surprisingly, there is no history of breast cancer in the Edwards family, and this is the first time the family is dealing with the illness.

Edwards gave up a bid for re-election to his Senate seat to run for vice president on the Democratic ticket headed by Massachusetts Sen. John Kerry.

Mrs. Edwards is to be treated in Washington.

"And then the idea is they will sell their house in Georgetown," said Glick. They have bought a farm in North Carolina and will build a barn and live a nice life."