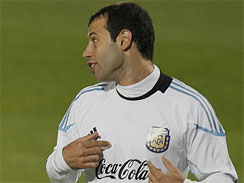 Even with a relatively mild flu season so far in most states, the vaccine shortage has highlighted flaws in the system we rely on to protect the vulnerable, reports Dr. Emily Senay, health and medical correspondent for The Early Show.

The longterm goal for public health officials remains simple: Vaccinate as many people as possible for flu every year.

"It creates a degree of immunity in the community," she says, "which means that flu does not have the opportunity to spread rapidly among people when the vast majority of the people have an immunity that's not going to allow them to get infected."

Dr. Anthony Fauci, a top public health official at the National Institutes of Health (NIH), says the U.S. was well on its way to meeting that goal when the shortage threw "a big monkey wrench" into plans.

The U.S. vaccine supply comes from just two companies, which every year must make a new vaccine, targeted to that year's flu strains, on a tight deadline. The companies rely on an antiquated process using of millions of eggs to incubate the flu strains needed for the vaccine. When one of those companies, Chiron, experienced problems at a factory in England this year, the supply of vaccine was cut in half.

Fauci calls it an accident waiting to happen. "If there's a silver lining in any of all this," he says, " it's to now focus the attention of everybody about how bad this system is and the fact that it's been this way for many years."

To avoid shortages in the future, the NIH is researching better ways to make vaccine using new technologies that are more reliable. One uses human cells to incubate flu virus instead of eggs. There may also be other incentives, including regulatory relief, guaranteed purchases of unused vaccine and liability protection, to encourage more companies to get into the vaccine business.

"I think companies now perceive the need for a flu vaccine and the intention of the federal government to provide some assurances for companies to take away some of the risk," Fauci said.

Another problem with producing vaccine is that not everybody who should get one does. In fact, last year, many people did not step up to the plate to get their vaccines and health officials ended up throwing away about three million doses.