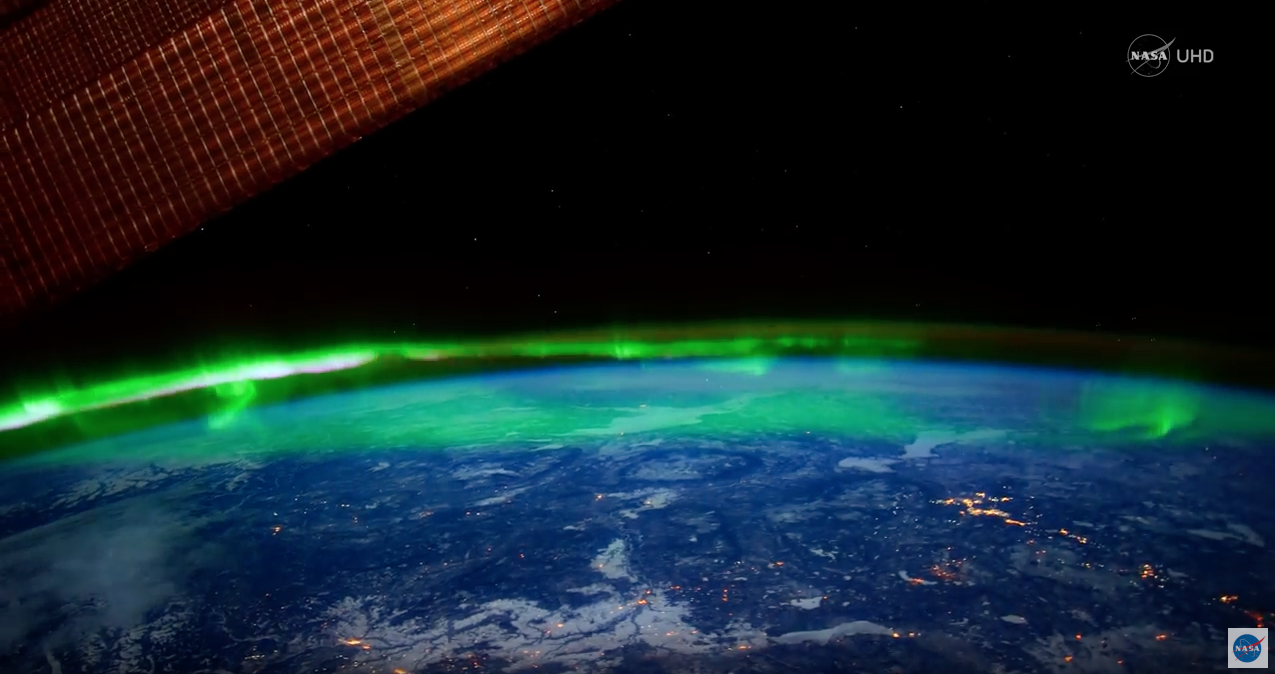 It's a stunning view of a breathtaking natural phenomenon. Through NASA's latest 4K ultra high definition video, Earthlings can catch a beautiful time-lapse view of the Aurora Borealis, or Northern Lights, and its southern hemisphere equivalent, Aurora Australis, as seen from the International Space Station.

The auroras, or polar lights, are basically natural light shows. They are seen mainly in the Arctic and Antarctic regions and are created when electrically charged electrons and protons in the Earth's magnetic field smash into the neutral atoms found in the upper atmosphere. This produces bright, eerie lights that streak across the sky.

The NASA video shows the ghostly polar auroras hovering over the planet with an iridescent green glow.