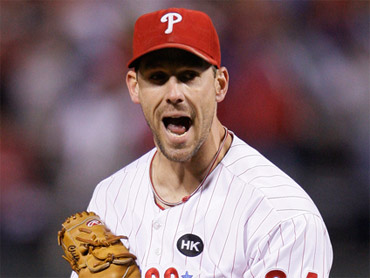 Washington's National Cathedral held a memorial service Wednesday for the space shuttle crewmembers killed in the Columbia disaster. Vice President Dick Cheney and NASA administrator Sean O'Keefe were among those present at the ceremonies honoring

They honored the six Americans and one Israeli killed when Columbia disintegrated Saturday as it approached its Florida landing site after a 16-day mission.

Meanwhile, shuttle program manager Ron Dittemore said Thursday that NASA was pressing ahead full steam with the probe. Although he said that scientists were unconvinced that the foam debris presented the "root cause" of the shuttle breakup, Dittemore said the agency was plannning testing of foam impact on thermal tiles.

"Even though we are scratching our heads ... it exists in the fault tree, so we are going to pursue that possibility until it closes," Dittemore said.

With the help of Retired Adm. Harold W. Gehman Jr. who arrived at Johnson Space Center Thursday, Dittemore said that the investigation would continue to be "fast and furious."

"No possibility is being ruled out ... We're still looking for that elusive
missing link," said Dittemore.

As CBS News Correspondent Bob Orr reports, investigators particularly want on-board computer data, the video camera used inside the cabin ... and the "intercom tape" of the astronauts in-flight conversations which could reveal how much they knew about what went wrong.

Up to now, theories of what caused the tragic end of the Columbia's final voyage focused on an incident at its very beginning — a piece of foam that came loose from the external fuel tank and struck the shuttle's body during liftoff.

The theory was that the collision damaged the thermal tiles that keep the craft from burning up during re-entry into Earth's atmosphere.

But Dittemore said that after a careful study, "It doesn't make sense to us that a piece of debris could be the root cause of the loss of Columbia and its crew. There's got to be another reason."

Now, NASA is casting a wider net, and NASA's hope is that the key to what caused the shuttle to break up is contained in the final 32 seconds of data from Columbia after Mission Control lost contact — considered the "zero" moment of this countdown.

But the analysis of those 32 seconds is taking longer than expected and isn't yielding much, at least not yet, according to Dittemore. But these crucial seconds could help answer questions in the alternate theories NASA is looking at.

Other possibilities abound, from an accidental triggering of explosive devices on board to a collision with a piece of space garbage, or perhaps a flaw in a wing that caused the spacecraft to swing out of control and disintegrate moments before it was to land.

In one of several factors being examined, investigators have noted that during Columbia's descent, its automatic control system struggled to maintain the craft at the precise angle required for a safe return to Earth.

The autopilot caused the craft to rapidly move its control surfaces — devices like flaps and rudders — and eventually fired small rockets in a vain attempt to keep Columbia in proper alignment.

Dittemore said there was something on the left wing — "what, we don't know" — that caused it to catch the wind and drag the craft toward the left.

He suggested the drag may have been the result of a rough surface, missing tiles or something wrong with the wing.

Dittemore said engineers are also exploring the possibility that increases in temperature detected on Columbia's left side may have somehow caused the loss of control and breakup of the shuttle.

Just minutes before Columbia fell apart, a rise of 30 to 40 degrees was detected in the left compartment that houses landing gear. There was also a 60-degree temperature rise on the left side of the fuselage, just above the wing. Temperatures were cooler on the right side.

Dittemore mentioned that the shuttle's landing gear compartment contains small explosives designed to deploy the gear if the normal system fails. If heat accidentally triggered the explosives, it could be catastrophic, but Dittemore suggested this was unlikely.

Another scenario involved orbiting garbage, perhaps parts from other spacecraft. According to the theory, a collision from even a small object could have hit the shuttle like a bomb.

On the ground, the widening search now extends from Louisiana to California. Scientists and amateur skywatchers have reported seeing the shuttle shedding small pieces as it streaked eastward on its descent.

Sixty crews of federal agents and military personnel have received special training in handling evidence of the disaster, which NASA warns could be contaminated with toxic chemicals or even small explosive charges.

Shuttle engineers have compiled a short list of components on the complex orbiter that are crucial to the investigation. Finding those parts is the top priority of debris crews on the ground, as well as search aircraft and even an underwater robot.

So far, none of more than 12,000 individual pieces of debris located in 38 counties and two dozen Louisiana parishes have provided critical answers for why the shuttle broke up.

Chinese miners will be trapped for at least 15 more days, city says

The mine shaft is blocked 1,000 feet below the surface by 70 tons of debris that extends down another 330 feet, the Yantai city government said in a statement on its social media account.

1,800 Instacart workers laid off. No one agrees on who fired them.