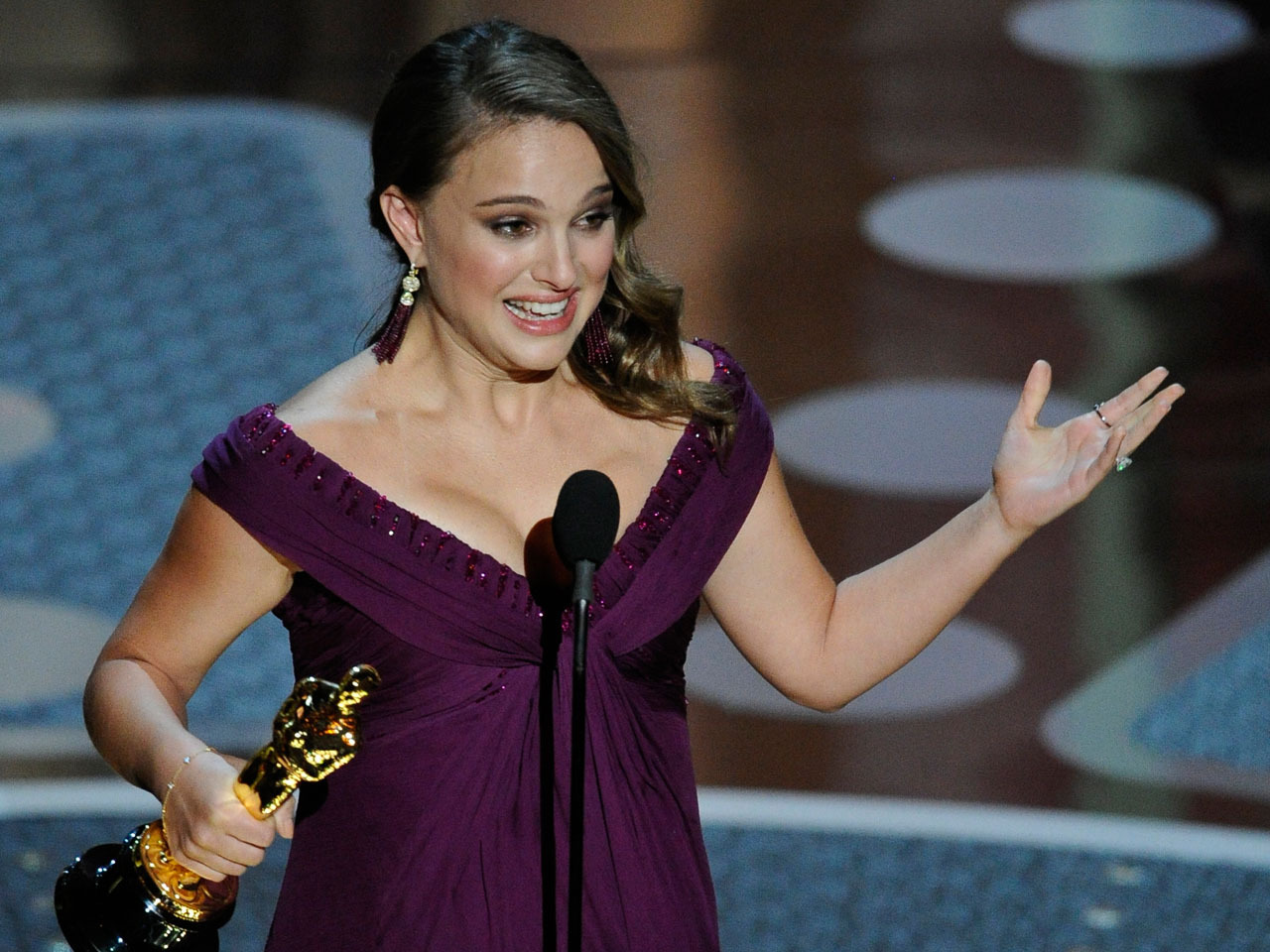 (CBS) Natalie Portman won the Best Actress Oscar for her role in "Black Swan." Happy and flustered, she thanked a multitude of people as she accepted the award from Jeff Bridges, the Best Actor winner for "Crazy Heart." But first among them was fiance Benjamin Millepied of the New York City Ballet.

"My beautiful love Benjamin who choreographed the film. He's given me most important role of my life," she said. She and Millepied are expecting their first child this year.

"Luc Besson gave me my first job when I was 11 years old," she said. Besson directed "The Professional," a 1994 film about a hitman and the orphaned girl he takes in.

"Darren Aronofsky: You are a fearless leader and a visionary. I'm blessed to have worked with you every day." Aronofsky directed "Black Swan" and was nominated as Best Director. Tom Hooper won for "The King's Speech."

The other nominees were Jennifer Lawrence, Annette Bening, Nicole Kidman and Michelle Williams.