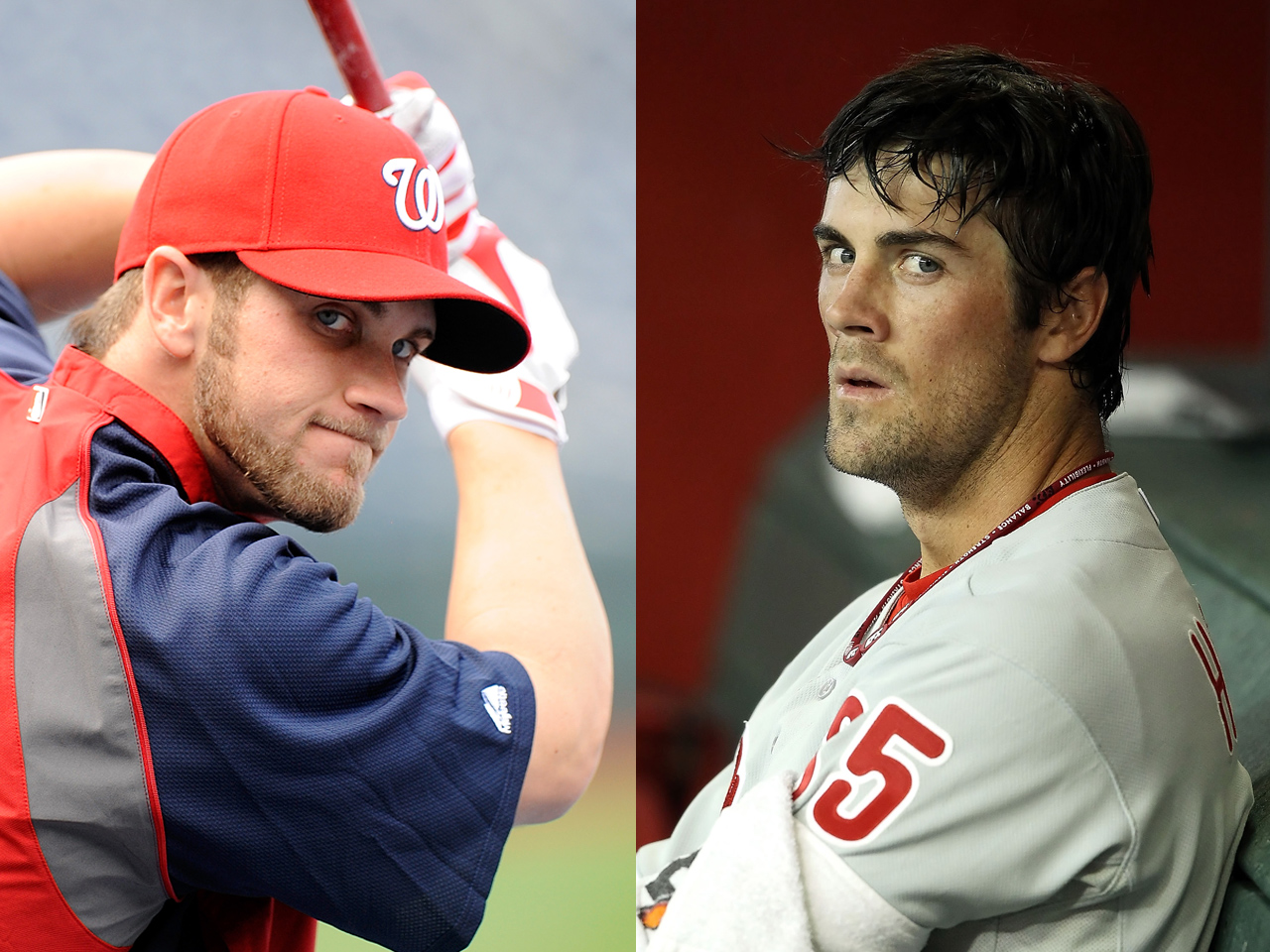 (CBS News) Prior to this season, two phrases you would never see in the same sentence were "Washington Nationals" and "divisional rivalry." After all, the long-suffering Nats have been a doormat in the NL East since arriving in D.C. in 2008 after a long stretch of cash-strapped futility in Montreal. (The team even had to launch a campaign in February to stop Phillies fans from taking over their stadium.)

Well, that era seems to be over. The Nationals suddenly have the best record (18-10) in the NL East, arguably the best pitcher (Stephen Strasburg) and now the most hyped rookie (Bryce Harper). So when the Phillies came to D.C. this weekend and pitcher Cole Hamels admitted that he intentionally drilled Harper with a pitch, people took notice -- especially Nationals general manager Mike Rizzo.

Cole Hamels drills Bryce Harper, then admits aiming for him

In an interview with the Washington Post, Rizzo called Hamels "gutless" and "fake tough," adding that the Philly pitcher messed with the wrong team.

Hamels, who plunked the 19-year-old Harper in the first inning Sunday night, said after the game that he was just trying to be "old-school."

"That's something I grew up watching, that's kind of what happened," Hamels said. "So I'm just trying to continue the old baseball because I think some people are kind of getting away from it. I remember when I was a rookie the strike zone was really, really small and you didn't say anything because that's the way baseball is."

"Cole Hamels says he's old school? He's the polar opposite of old school. He's fake tough. He thinks he's going to intimidate us after hitting our 19-year-old rookie who's eight games into the big leagues? He doesn't know who he's dealing with."

The Nationals GM was just getting started.

"This goes beyond rivalry and all that stuff," Rizzo said. "This points to, you take the youngest guy in baseball. He's never done a thing. And then Hamels patted himself on the back. Harper's old school. Hitting him on the back, that ain't old school. That's [bleeping] chicken [bleep]."

So far, Hamels has not been disciplined for his purpose pitch, but given his admission, it seems likely MLB will suspend him.

Hopefully any potential suspension won't keep Hamels out from May 21-23. That's when the Nationals visit Philly for a three-game series.