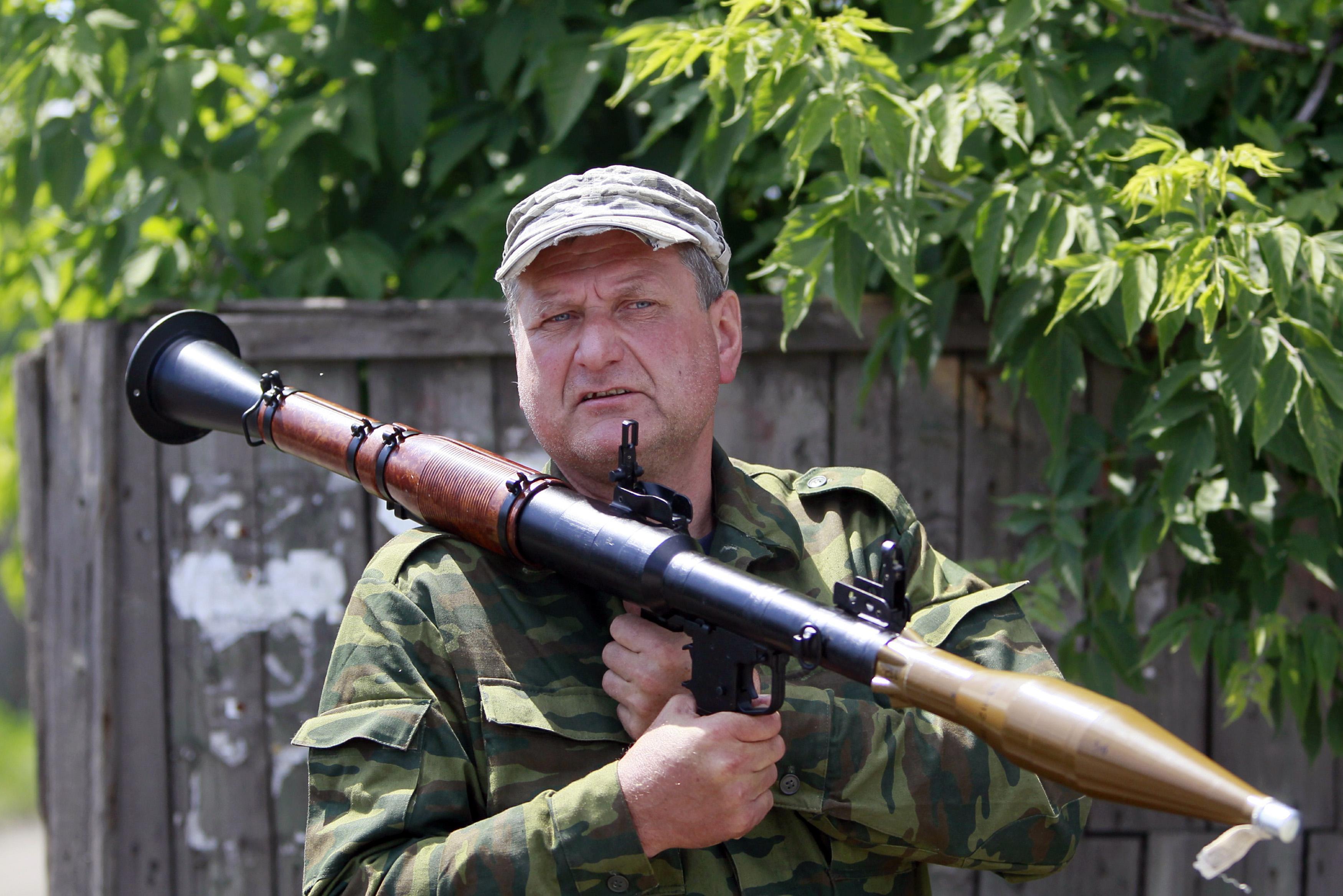 MOSCOW -- Russia is resuming its military buildup along the Ukrainian border in an apparent attempt to intimidate its neighbor, NATO's chief said Thursday as Ukrainian government forces unleashed a major offensive against pro-Moscow insurgents.

CBS News national security correspondent David Martin said a U.S. official confirmed an increase of about 2,000 to 4,000 Russian troops on the border and said one assessment being considered in Washington was that the new troops could be establishing safe havens from which pro-Russian fighters could conduct cross-border operations into Ukraine.

Putin said he expects the Ukrainian president to immediately launch his plan to end the violence, the Kremlin said.

Last month, Putin ordered his military to withdraw from the border in an apparent attempt to ease the crisis, and NATO confirmed that the bulk of an estimated 40,000 Russian troops had pulled back.

But on Thursday, NATO Secretary General Anders Fogh Rasmussen said that Russia has deployed a few thousand additional troops to the border, calling it "a very regrettable step backward."

"If they're deployed to seal the border and stop the flow of weapons and fighters, that would be a positive step. But that's not what we're seeing," Rasmussen said in London.

The allegations came as heavy fighting raged near Krasnyi Liman, just east of the rebel stronghold of Slavyansk, a city in the Donetsk region that has been the epicenter of violence during the past two months.

Vladislav Seleznev, a spokesman for Ukrainian forces in the east, described the area as a strategic supply corridor for the rebels. He said in a statement on Facebook that four government troops were killed and 20 wounded in the fighting Thursday.

He said up to 200 rebels were killed and hundreds wounded. The claim could not be independently confirmed.

Rebel chief Igor Strelkov said in a statement on YouTube that his men were far outnumbered and outgunned and would probably be forced to retreat.

Strelkov, clad in combat fatigues, bitterly scolded the Kremlin for failing to help the rebellion and issued a desperate plea to send in troops.

"I hope that they have enough conscience left in Moscow to take some measures," he said.

There was no immediate response from the Kremlin, which has ignored previous pleas for help from the insurgents.

Putin has faced strong pressure from nationalists at home to send troops into Ukraine following the annexation of Crimea in March.

But Putin, eager to avoid a new round of crippling Western sanctions, has instead welcomed a peace plan put forward by new Ukrainian President Petro Poroshenko.

Poroshenko on Wednesday promised to call a unilateral cease-fire to give the rebels a chance to lay down their weapons and leave the country.

Russia has dismissed Ukrainian and Western claims that it is fomenting the violence or sending heavy artillery to the rebels.

The new Russian military deployments come at a delicate time.

Next week, the foreign ministers and leaders of the European Union are scheduled to meet and are expected to consider tougher economic sanctions against Russia over the Ukraine crisis.

"The international community would have to respond firmly if Russia were to intervene further," Rasmussen said. "That would imply deeper sanctions, which would have a negative impact on Russia."