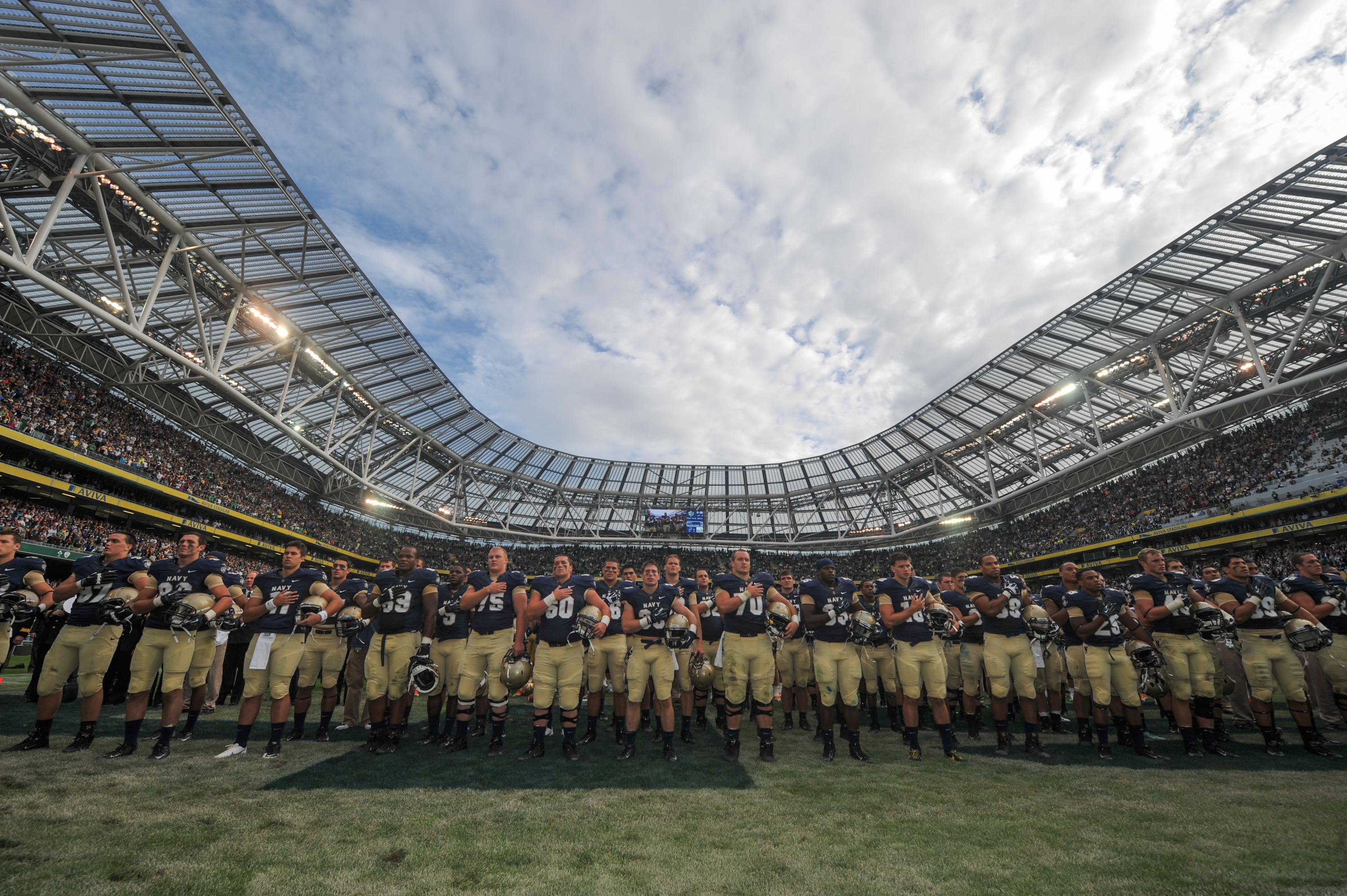 WASHINGTON The U.S. Naval Academy is investigating allegations that three members of its football team sexually assaulted a female midshipman at an off-campus house last year, a Pentagon spokesman said Friday, and a lawyer for the woman says she was "ostracized" on campus after she reported it.

The names of the players were not made public and the athletic director deferred comment to a Naval Academy spokesman, who said school leadership were monitoring the investigation but declined further comment.

The allegation is the latest in a string of sexual assault cases that has drawn attention in Congress and at the highest levels of the Pentagon. Gen. Martin Dempsey, chairman of the Joint Chiefs of Staff, and the chiefs of each military branch, are scheduled to testify next week at a Senate hearing.

The alleged assault occurred in April 2012 at an off-campus house in Annapolis. The woman woke up after a night of heavy drinking and later learned from friends and social media that three football players claimed to have had sex with her while she was intoxicated, her attorney Susan Burke said in a statement Friday. She said her client reported the allegations to Navy criminal investigators, but was disciplined instead for drinking. The athletes were permitted to continue playing.

"My client was reprimanded for having been drinking, as were many other people, but the football players themselves -- nothing happened," Burke told CBS News' David Martin.

Burke said her client decided to no longer cooperate with the NCIS after "one of the football players came to her and asked her not to cooperate with NCIS."

The victim hired Burke earlier this year, and the investigation was reopened.

Pentagon spokesman Army Col. Steve Warren confirmed the investigation Friday but said he had no further details. He said academy officials are monitoring the investigation and evaluating options for adjudicating the case. Warren said Defense Secretary Chuck Hagel is determined to stamp out the problem.