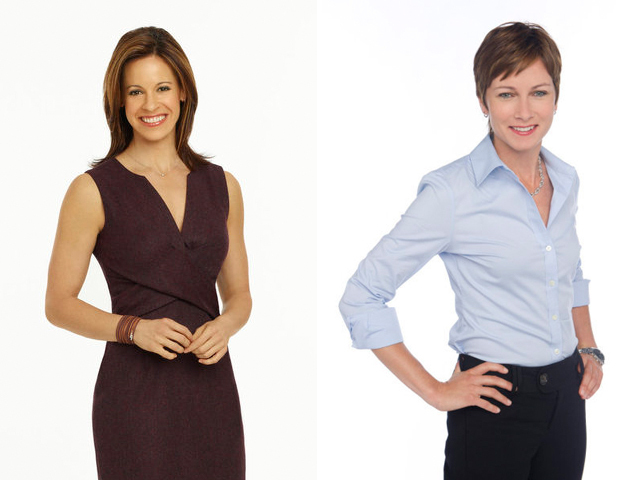 A smiling, joking Wolfe made her announcement on NBC's morning show Wednesday, saying, "I'm quite pregnant, actually." The baby is due in mid-August, the 39-year-old Wolfe said.

In a blog posted on the "Today" website, Wolfe said she and Gosk, 40, were two years into their relationship when they realized they wanted to "share our adventures with a wide-eyed little person."

She added, "The more we talked about it, the better the idea seemed. And so in December, we embarked on Operation Baby. And might I just add that despite the morning sickness, it's been the best decision we've ever made. (But come back and talk to me when the kid is screaming her lungs out at all hours of the night.)"

In a People magazine story out Friday, Wolfe discussed why the couple decided to share news of their pregnancy and relationship. As Wolfe put it: "I don't want to bring my daughter into a world where I'm not comfortable telling everyone who I am and who her mother is."