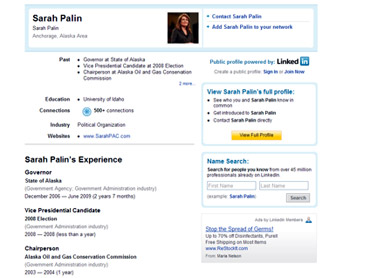 At the very least, ABC's Peter Jennings might want to quietly file away Saturday's television ratings for the next time he negotiates a contract.

Jennings, who was two hours away from New York City when the news broke, appeared in the ABC News studio shortly after noon. The viewership gap immediately narrowed; NBC had 7.6 million between noon and 2 p.m., and ABC was up to 4.6 million. CBS had 6 million.

The difference earlier was notable, given that viewers generally turn to special news coverage on the networks at about the same proportions as the evening news. In that measure, NBC is usually on top, with ABC a close second.

ABC's audience before Jennings arrived was smaller than CNN's, according to Nielsen. CNN had 3.9 million viewers between the news breaking and noon, and Fox News Channel had 2.8 million.

ABC News' Bill Blakemore anchored the early coverage. While NBC and CBS have regularly scheduled Saturday morning newscasts, ABC doesn't. Due to satellite problems, ABC also was slower than its rivals in showing video of the shuttle accident.

Meanwhile, CNN's Aaron Brown on Wednesday was again among the missing during a big news event, but it was because he was on a plane, not the golf course.

Brown, described by CNN as its lead anchor during breaking news and special events, became the subject of news stories this week after he played at a golf tournament in California on Saturday instead of working.

The Los Angeles Times, citing unidentified sources at CNN, reported that Brown told the network he wasn't available to come to work. The newspaper said Brown's decision infuriated some CNN executives and members of Brown's own staff.

Brown was quoted in the Palm Springs Desert Sun as saying he was too far away from New York, and that going to CNN's Los Angeles bureau "didn't make any sense because I didn't have any clothes."

Secretary of State Colin Powell's speech to the United Nations about Iraq on Wednesday was covered live by the broadcast and cable news networks. All had their big guns in place: Jennings at ABC, Tom Brokaw at NBC, Dan Rather at CBS and Shepard Smith at Fox News Channel.

CNN was represented by Wolf Blitzer and Paula Zahn.

Brown flew from Houston to New York on Wednesday, spokeswoman Christa Robinson said. His absence from the air had nothing to do with Saturday's events, she said.