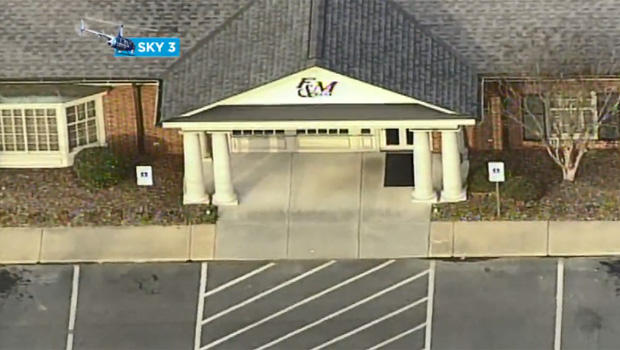 The robbery happened at the F&M Bank in Rockwell.

Authorities say a man -- believed to be Athey-- walked into the bank, pulled out a black handgun and told a clerk he needed money. He then left in a silver Mustang.

The Rowan County Sheriff's Office said Athey was taken into custody within five minutes of the 911 call, and all the money taken was recovered.

Athey was fired from the Davidson County Sheriff's Office following his arrest.

"I am shocked and appalled as anyone else about Mr. Athey's behavior," said Davidson County Sheriff David Grice. "During his employment with our agency he gave no indications that this type of behavior could occur."

No injuries were reported from the robbery.

Athey was taken to the Rowan County Detention Center and put under a $500,000 bond.