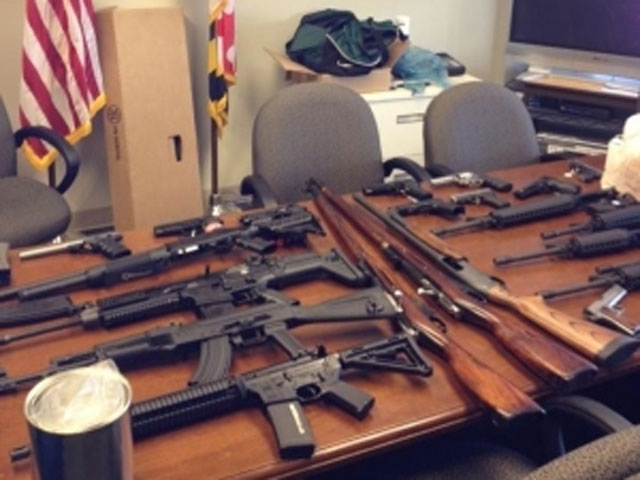 (CBS/AP) WASHINGTON - Maryland police arrested Neil Prescott, who allegedly called his workplace and referred himself as "a joker" while threatening to stage a shooting.

An official with knowledge of the investigation spoke with The Associated Press Friday under condition of anonymity. The official said Prescott phoned a threat earlier this week to Pitney Bowes, a software and mailroom supplier, saying that he was going to "shoot the place up."

Investigators said a search of Prescott's home turned up more than 20 guns, including assault rifles and handguns, and more than 400 rounds of ammunition. The investigation is still unfolding.

The official said although the suspect referred to himself as "a joker," there is no other known connection to a deadly shooting last week at a Colorado movie theater during the latest Batman movie.