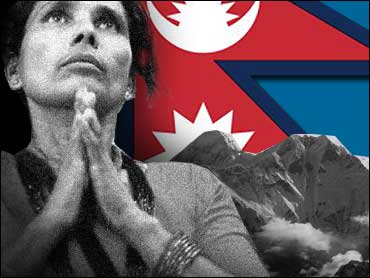 A small plane crash, a bus accident and a landslide that swept away dozens of houses have left at least 128 people feared dead in Nepal, including an American, 13 Germans and a Briton, police said Thursday.

The tragedies come as the poor Himalayan nation struggles with annual monsoon rains that have killed more than 500 people in the past month.

On Thursday, a Canadian-built Twin Otter carrying 13 Germans, an American, a Briton and three crew members slammed into a hillside as it approached the western resort town of Pokhara, killing everyone on board, Pokhara police chief Kumar Koirala said. Thirteen bodies have been recovered so far, he said.

The tourist flight was coming from Jomson, a popular trekking route and Hindu religious site.

Bad weather had initially hampered the rescue effort, but witnesses said 16 bodies had been recovered so far.

The names of the passengers were not immediately available. The plane was owned by private domestic carrier Shangri-La Air.

Also in western Nepal, a bus driver was trying to pass another vehicle on a mountain highway Thursday when he lost control, sending the bus into the rain-swollen Trishuli River. The 45 people on board were feared dead, police official Shyam Gharti said.

The accident took place at Nagali Khola, about 70 miles west of Katmandu.

"The bus had been stalled for over 14 hours last night due to a landslide and the driver was probably in a hurry to finish the journey," Gharti said.

In eastern Nepal, rescuers used army helicopters Thursday to reach a mountain village where a landslide is feared to have killed at least 65 people.

The Russian-built MI-16 cargo helicopter had been unable to fly to the site of the disaster earlier due to incessant rain and dense fog. It brought blankets, food and medicine.

Shah, who spoke by phone from the district headquarters Manthali, said they had not heard back from the rescuers who had reached the site.

Monsoon floods and landslides have wreaked havoc in this Himalayan kingdom and other parts of South Asia — including neighboring India and the low-lying delta nation of Bangladesh. Over 1,000 people have died in the region and more than 25 million have been displaced since June.

Wednesday's landslide struck as the Nepalese government had predicted that the weather had improved and authorities announced that they were wrapping up efforts to rescue victims of other weather-related disasters.

At least 512 people have been killed in flooding, landslides and other disasters in Nepal in the past month.