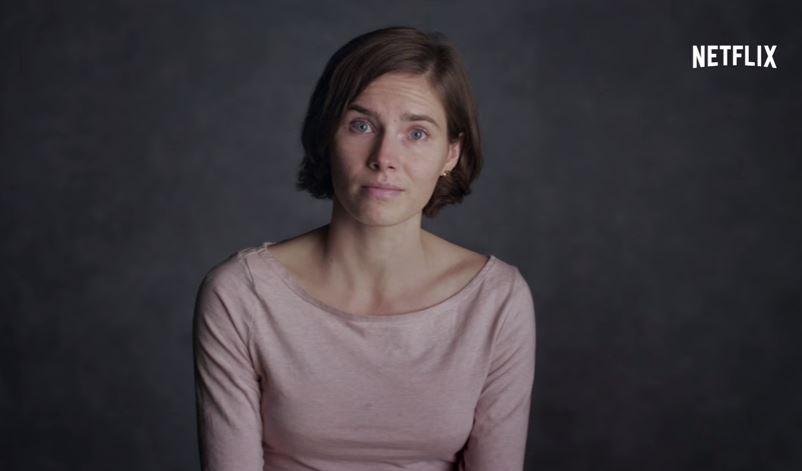 Netflix has debuted two new chilling trailers for its original documentary ”Amanda Knox,” set to be released on Sept. 30.

Knox, an American, and her ex-boyfriend Raffaele Sollecito, an Italian, were convicted of killing Knox’s British roommate Meredith Kercher, in Perugia, Italy, in 2007.

“Either I’m a psychopath in sheep’s clothing, or I am you,” Knox, now 29, says while looking straight into the camera in “Suspect Her.”

In 2011, Knox was freed on an acquittal, and in March 2015, the highest court in Italy overturned the murder conviction for both Knox and Sollecito.

“Before Italy, I had a happy life,”  Knox says in the “Believe Her,” trailer.

The Italian court’s decision last year to overturn Knox’s murder conviction seemed to finally bring to end the high-profile case, and also bring to an end a nearly decade-long nightmare for Knox.

Except, many still believed Knox was somehow involved in Kercher’s murder.

“We weren’t best friends, but I was so shocked by what happened that night,” Knox says in “Suspect Her.”

Currently, African immigrant Rudy Guede is serving a 16-year sentence for the murder of Kercher.

Netflix said in a news release that the “Amanda Knox” documentary explores the case that “made headlines around the world.” And asks, “Was she a cold-blooded psychopath who brutally murdered her roommate or a naive student abroad trapped in an endless nightmare?”

That may be for viewers to decide.

Watch the trailers below: