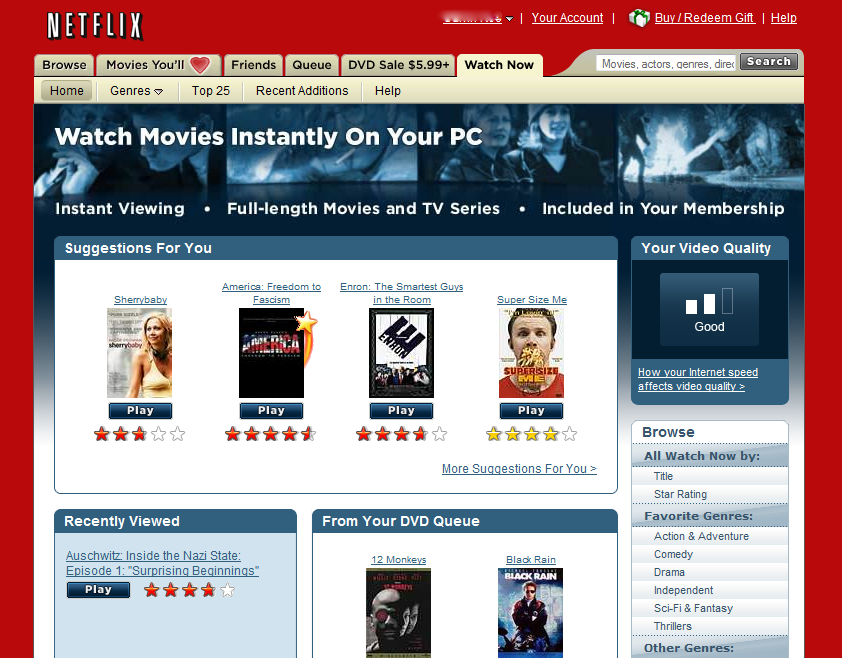 Netflix, the Web's top video-rental service, is branching out into 43 new countries in Latin America and the Caribbean later this year.

"Upon launch, Netflix members from Mexico, Central America, South America and the Caribbean will be able to instantly watch a wide array of American, local and global TV shows...via a range of consumer electronics devices capable of streaming from Netflix, as well as on PCs, Macs and mobile devices," Netflix said in a statement today.

Subscribers will be able to access Netflix in Spanish, Portuguese, or English.

The move represents the largest international expansion for thus far. Exactly how big a market there is in these countries for streaming content or how much revenue Netflix could generate is unclear. Netflix has said that it is keeping an eye on broadband adoption in other countries.

CEO seems to have his eyes on the worldwide streaming-video market. The company last year. The company has said for a while that it intends to move into other countries. Is the next stop Europe?

Netflix said the streaming offer in Latin America and the Caribbean will work the same way as it does in the U.S. Customers pay a low monthly price for unlimited access to the company's streaming-video library.