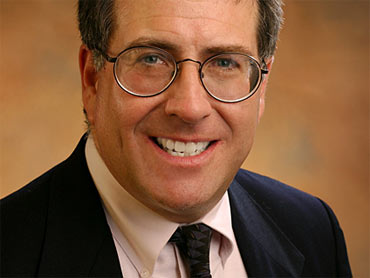 CAPE CANAVERAL, Fla. - We've all known this day was coming for more than eight years.

Perhaps Atlantis' final landing was a bit anticlimactic, but the end of the space shuttle program is still hard to take. After all, the shuttle's been a part of our national landscape for 30 years, and it's been a big part of my life since 1994. (I've covered 65 shuttle missions, 55 for CBS News starting in 1996.)

I was one of those kids who watched Mercury, Gemini and Apollo. Live TV from the Apollo missions firmed it up for me. I knew I didn't have the chops to be an astronaut -- math and science weren't my strong suits -- but I loved to write, and I hoped one day I might become a space reporter. I never imagined I'd get to fulfill the dream or that it would last for so long.

A Twitter follower asked me this morning to name my most memorable shuttle moment. It brings a few to mind: Perhaps my first live CBS launch -- and first wall-to-wall mission coverage -- of the Hubble Servicing Flight in February 1997, maybe the morning Columbia disintegrated during re-entry Feb. 1, 2003.

Or maybe it was the first time an astronaut actually picked me out a crowd of more accomplished and more senior space reporters. It was Steve Robinson, flight engineer to be aboard Discovery for the first flight after the Columbia accident, known around NASA as STS-114.

Robinson actually came over and told me he knew my work and that he thought I told the space story well. I kind of felt that I had "arrived" after 10 years of space reporting but was even more stunned when CBS News space consultant William Harwood told me Robinson was not blowing smoke, that he truly loves radio and does not even own a TV set. (At left, watch Harwood's reaction to the end of the shuttle program on CBS' "The Early Show)

For me, the wonderment was always there but not so much for most Americans.

The early Apollo TV pictures that inspired me have long since given way to shuttle TV pictures that became so common that many people kind of glazed over at the sight of spacewalking astronauts and the huge International Space Station.

The shuttles carried crews of up to seven, and there were so many astronauts that most people lost track of after John Young, Sally Ride and, later, John Glenn. And it was only when Glenn flew in 1998 -- or after the Challenger and Columbia accidents -- that the general public and the media really started paying attention again and, even then, only for a short while. Somehow we've forgotten the miracle and promise of space.

Americans will still fly to the International Space Station aboard Russian Soyuz rockets, and in four or five years, the commercial industry will launch a privately run spaceship to the space station.

NASA will be looking toward deep space, hopefully, with a finished heavy-lift rocket and spacecraft to get there. But for now, remember the names of Atlantis' crew, Chris Ferguson, Doug Hurley, Sandy Magnus and Rex Walheim. They are the space shuttle's Final Four.

Peter King has covered NASA for CBS Radio News since 1996. You can follow him on Twitter at www.twitter.com/PeterKingCBS.