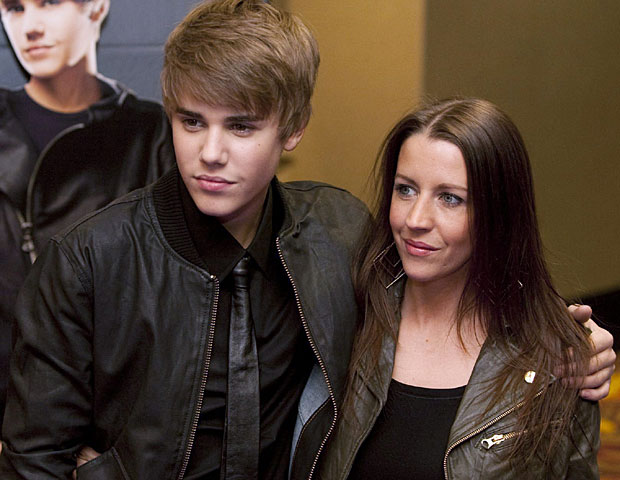 NEW YORK (CBS) Before I took my recently turned 13-year old daughter to the New York premiere of "Never Say Never" I was both apprehensive and eager.

Thrilled at the prospect of looking cool to one's teen (any parent can relate to that) I was apprehensive because, as the mom of a girl, I knew what I would be in for: hundreds of screaming girls caterwauling in shrill voices to get a glimpse of teenage phenom Justin Bieber.

I came away a Bieber fan. That's partly because of the look on my daughter's face when she came within inches of her idol and partly because his infectious charm and his dazzling smile completely swept me away.

If that's the effect he had on me, oh baby, watch out. Bieber Fever is about to explode.

At its core, "Never Say Never" is a concert film, revolving around the buildup to Bieber 's headlining performance at Madison Square Garden in 2010, an iconic venue for any musician, let alone a newcomer and someone so young.

Director Jon Chu uses documentary footage effectively, giving audiences a glimpse into how the mega sensation - born in Canada to a teen mom, who split from his dad 10 months after he was born - found superstardom.

We see how he was encouraged by his mom and her parents, while they all were living together in the small town of Stratford, Ontario. By the time he was a toddler, he could master a complicated beat, accompanying a band that rehearsed in the apartment below theirs.

Not long after, he discovered a voice that could make people stop and listen, going on to win a local talent competition when he was 12. The rest, as they say, is history - thanks in large part to the internet.

His mother posted videos of his performances online and before long, Bieber found a fan in a young manager, who talked this mother into bringing him to Atlanta. There, he met with music star Usher and landed his first record deal. By 14 he is a household name and today, at 16, he is a worldwide superstar.

The film focuses on portraying Bieber as a normal, teenager, who likes to laugh and joke around and hang out with his friends . Chu is careful to show how his "other" family - - his manager, musical coach, stylist; and even his bodyguard - create a caring and protective atmosphere. But it's also clear he has a well-oiled machine working for him. You're not going to see any video of him pitching a tantrum or smoking pot.

Tour footage includes clips of him on stage performing with his mentor Usher, with Miley Cyrus and with Jaden Smith, Will and Jada Pinkett Smith's son. The soundtrack is high-energy pop that will have everyone in the audience humming or tapping their feet. "Belieber" or not, it's hard not to get caught up in the fun. His music is that infectious and he is just that adorable.

It 's also impossible not to draw some comparison between this teen sensation and a young Michael Jackson. Bieber has the chops and the talent to hit the stratosphere with his music. He has a natural rhythm that, while it doesn't flow as spontaneously as Jackson's, comes with more ease and grace. What he does have in abundance is a self-confidence that wins people over. He's easy to relate to and is as cute as they come at that age.

No one knows what the future holds for Bieber, but one thing is sure: "Never Say Never" will fuel the Bieber Fever pandemic.

Expect him to be around for a long time, something that makes 'tweens and teenage girls (like my own daughter) very, very happy.