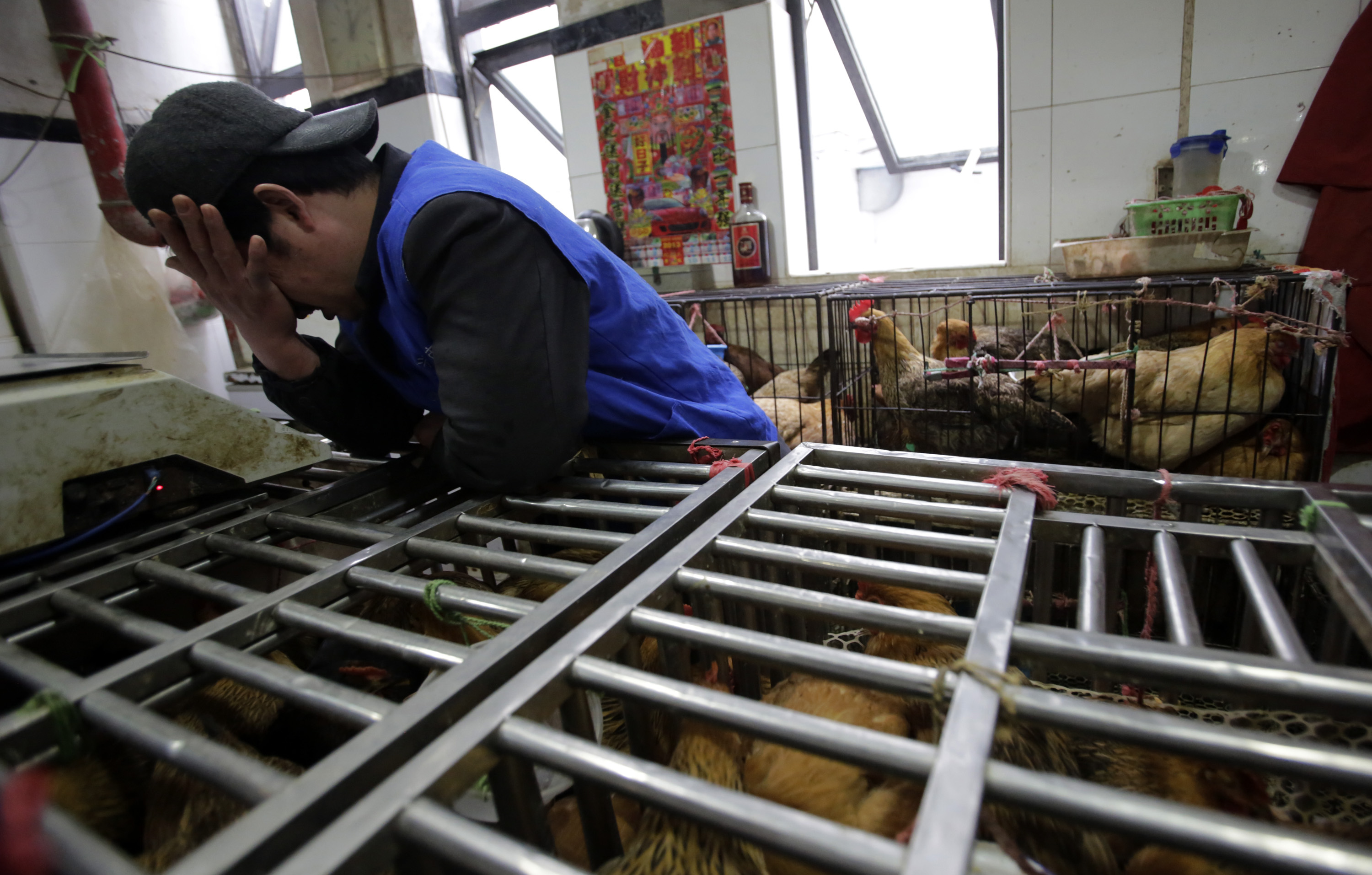 LONDONThe H7N9 strain of bird flu may be able to spread from one person to another, Chinese scientists are reporting in the British Medical Journal.

Despite finding the strongest evidence yet of human-to-human transmission, the scientists however are emphasizing that the virus still does not transmit easily.

The H7N9 bird flu strain was first reported by Chinese authorities in March. There have been 134 cases including 43 deaths in China and Taiwan linked to the virus, the World Health Organization reported in July for the agency's most recent update on the outbreak.

Health officials suspect patients were most likely infected by birds in live animal markets but acknowledged sporadic cases of the virus probably were spreading among humans. Except for a single case reported last month, the infections appear to have stopped since Chinese authorities took measures to slow the virus, including shutting down live markets and slaughtering live poultry.

For the new study, published Aug. 6 in BMJ, Chinese researchers at the Jiangsu Province Centre for Disease Control and Prevention interviewed the family and close friends of a father and daughter both killed by H7N9 in eastern China to figure out how the virus might have spread between them. Both patients lived in the same household, were critically ill during the investigation and could not be interviewed.

The father, 60, was in charge of buying food for the family and bought six live quails in early March before falling sick about six days later. His 32-year-old daughter was in good health and rarely left the residential district where they lived. She also didn't have any known contact with birds, except for two black swans raised by the property owners.

The daughter took care of her father when he became ill, without wearing any protective equipment.

The bird flu viruses isolated from the father and daughter were nearly genetically identical, the researchers said.

There is no definitive test to prove when a virus has spread from human-to-human, but scientists consider matching viruses and eliminating other ways the virus might have spread to be convincing evidence. Scientists also tested 43 contacts of the two patients; none had H7N9.

"In this cluster, the virus was able to transmit from person-to-person," wrote study lead author Xian Qi of the Jiangsu Province CDC. The scientists concluded the transmission was "limited and non-sustainable" and no other outbreak was caused from the index patient.

"It is also notable that the transmission occurred between blood relatives," said Dr. Peter Horby, a bird flu expert at Oxford University Clinical Research Unit in Hanoi, Vietnam, in a statement. Horby, who was not involved in the latest study, noted there is some evidence that genetic factors may make some people more susceptible to bird flu.

In an accompanying commentary from the same issue of BMJ, experts said similar patterns had been seen with other types of bird flu, including H5N1, another feared bird flu strain that first emerged in 1996 and has since killed millions of chickens. It has sickened more than 600 people and caused 377 deaths, mostly in Asia.

"To observe some transmission of H7N9 from human-to-human...does not necessarily indicate the virus is on course" to spark a pandemic, wrote James Rudge of the London School of Hygiene and Tropical Medicine, who is based at Mahidol University in Thailand, and Richard Coker of the National University of Singapore.

Still, Rudge and Coker noted several worrying features about H7N9, such as its ability go undetected in birds before sickening humans. They also warned officials to be on guard for a possible return of H7N9 in the winter; flu viruses typically spread more easily in cold weather.

They wrote, "(the study) does provide a timely reminder of the need to remain extremely vigilant: the threat posed by H7N9 has by no means passed."