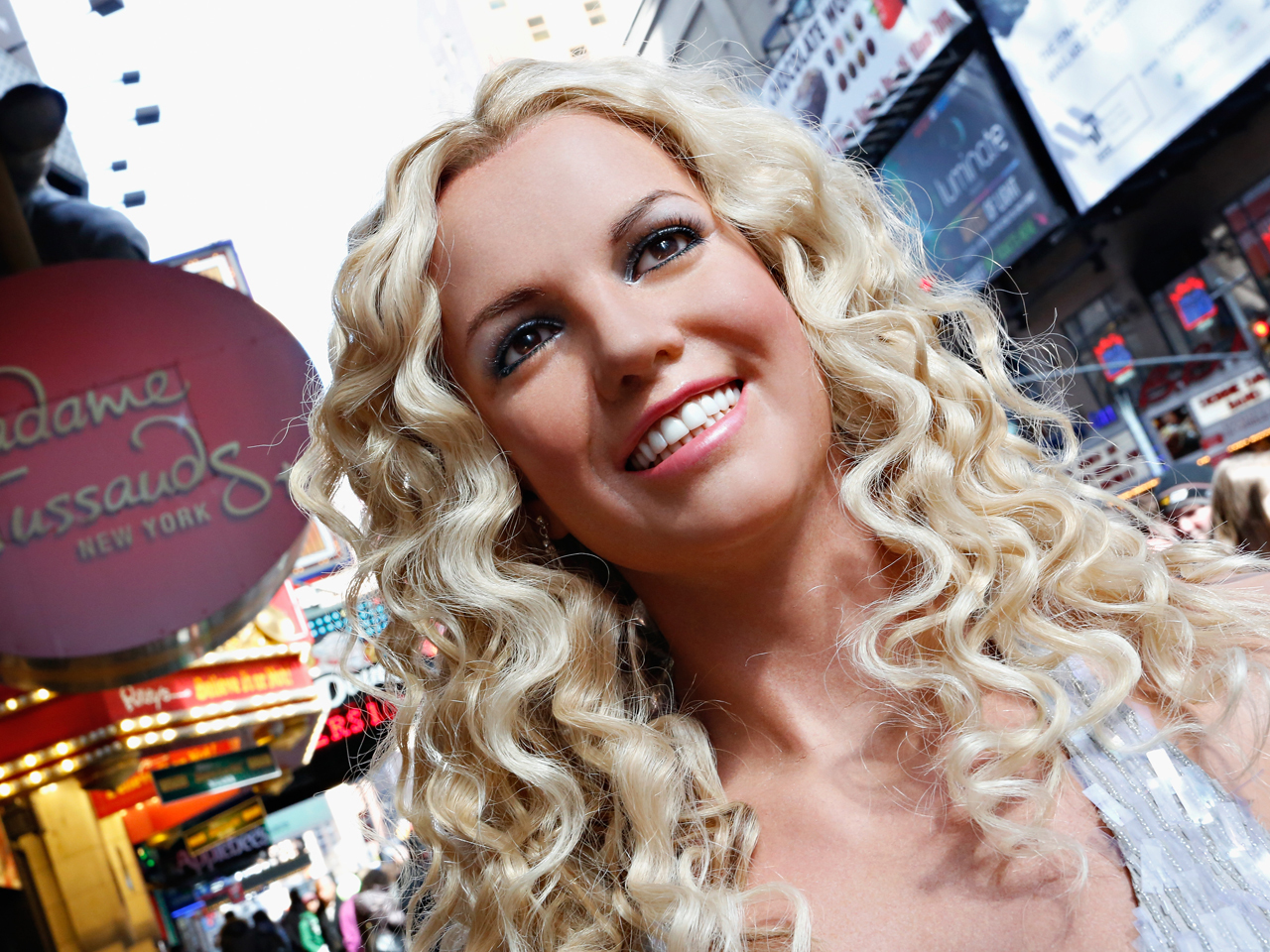 You really have to do a double take when first glancing at the new Britney Spears wax figure unveiled this week at Madame Tussauds in New York.

The statue features a replica of the sparkly silver dress Spears wore at the MTV Video Music Awards in 2008, part of a comeback that landed her three Moonmen trophies, including video of the year.

Spears, meanwhile, is finalizing details of her upcoming Las Vegas residency at the Planet Hollywood Resort and Casino. She was spotted in Vegas over the weekend with her reported new beau, David Lucado, according to the Las Vegas Sun. Sources tell the paper that Spears was in town to close the deal on her Vegas stint.

Spears and Jason Trawick announced they were calling off their engagement in January.

Tell us: What do you think of Spears' new wax figure?