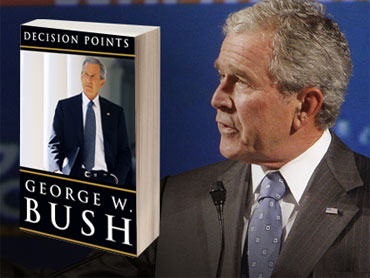 George W. Bush has joined Bill Clinton and Barack Obama in an exclusive club: presidential authors who have sold at least a million copies of their books.

Clinton's "My Life" and two Obama books, "The Audacity of Hope" and "Dreams from My Father," have also sold at least a million copies.

All three presidents were published by divisions of Random House Inc.