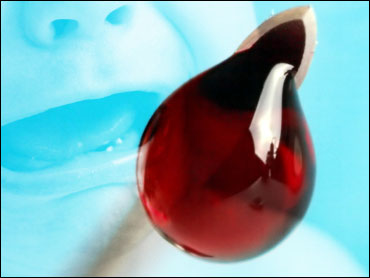 "The FDA approval of Pentacel is great news for parents and pediatricians who want to reduce the stress of well-baby visits," Tina Q. Tan, MD, an infectious disease specialist at Children's Memorial Hospital in Chicago, says in a statement.

The vaccine is approved for use in infants and children aged 6 weeks through 4 years. It is not for use in children over age 5. Pentacel is given in four doses, once at ages 2, 4, 6, and 15-18 months.

According to the CDC, children under 18 months who follow the recommended childhood immunization schedule and receive single-entity vaccines would typically need up to 23 shots. The new combination vaccine could reduce that number by seven.

"Pentacel vaccine will help simplify the immunization schedule by reducing the number of injections infants and young children will receive in their first 2 years of life," Wayne Pisano, president and chief executive officer of Sanofi Pasteur, the drug manufacturer, says in a news release.

Pentacel's approval came after results of a study involving more than 5,000 children in the U.S. and Canada showed that the vaccine was safe and effective. The study compared Pentacel to several vaccines, some of which guard against one disease (such as the polio vaccine) and others that prevent more than one disease (such as the diphtheria-tetanus-pertussis vaccine).

The most common side effects were redness at the injection site, swelling, tenderness, and fever. Some people may be allergic to parts of the Pentacel vaccine. Persons who have had reactions to the tetanus or pertussis-containing vaccine may not be able to receive Pentacel.