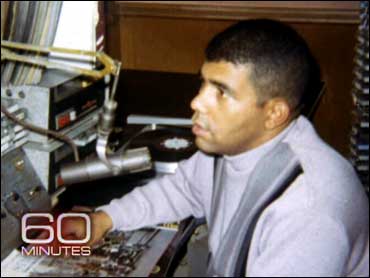 Heroin addicts who are going through withdrawal will be able to use new drugs to curb their cravings. And it's the first time such drugs can be prescribed at a doctor's office instead of at a treatment clinic.

The Food and Drug Administration approved the drugs, buprenorphine/naloxone and buprenorphine, on Tuesday. The synthetic drugs, which will be sold as Suboxone and Subutex, are manufactured by Reckitt Benckiser, a British company.

Heroin and other opiate addicts have had few treatment options and limited access to them. Methadone has been prescribed for more than 30 years to treat heroin addiction. It is tightly regulated, approved to be dispensed in only a few drug treatment clinics.

Buprenorphine, however, can be prescribed at doctor's offices, which greatly improves access to treatment. It comes in the form of a tablet that is placed under the tongue and allowed to dissolve. It causes weaker narcotic effects than methadone.

"The major benefit of Subutex/Suboxone is that qualified physicians in the U.S. will now be able to treat patients with products in the privacy of the doctor's office rather than only from the limited number of existing drug treatment programs," Reckitt Benckiser spokesman Tom Corran said in a statement.

Subutex, which contains only buprenorphine, is meant for patients who are starting treatment for drug abuse. The other, Suboxone, is for addicts who have already started and are continuing drug therapy. Suboxone contains naloxone to ensure that addicts don't use buprenorphine intravenously.

The two drugs were shown to be safe and effective for 2,000 patients. Side effects may include cold- and flu-like symptoms, headaches, sweating, sleeping difficulties, nausea and mood swings.

FDA officials said those effects usually peak in the beginning of treatment and may last several weeks.

Clinical data shows that seriously diminished breathing may be less of a risk with buprenorphine than with other opioids when taken in high doses or in overdose situations. The drug has been linked to deaths caused by diminished breathing, especially if it's been used with alcohol or other depressants, according to reports from France, where the drugs were first approved in 1996.

Since then, 24 countries have approved the drugs.

Of the estimated 980,000 chronic heroin users in the United States, 20 percent to 30 percent are in treatment, according to the government's Office of National Drug Control Policy.