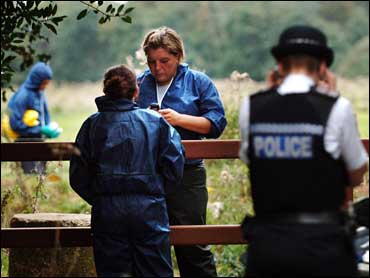 British authorities confirmed the discovery of foot-and-mouth disease Wednesday at a farm on the outskirts of London, sparking concerns of another outbreak only days after it was believed eradicated.

The highly contagious disease was found on a farm in Surrey, a county that borders London, Britain's chief veterinary officer Debby Reynolds said. The strain or origin of the disease has not been identified, she said.

"The situation remains uncertain, and I urge all animal keepers to be vigilant for signs of disease, practice stringent biosecurity measures, including the movement ban and licensing conditions," Reynolds said.

The affected farm is only 30 miles from where the last outbreak was found. Cattle on the farm are being slaughtered.

The British Broadcasting Corp. reported that a second suspected case of the disease was being investigated in Scotland. Officials were not immediately available to comment on the report.

Interviewed by the BBC, Reynolds said there had been reports of a third possible outbreak of the disease on a pig farm in Norfolk, east of London. "It can't be ruled out. It's not strongly suspected, but it can't be ruled out," she said.

Officials have set up a six-mile control zone, barring all animal movement around the affected area in Surrey, a county on the southwest outskirts of London. A narrow path leading into a stretch of farmland around Egham was closed off, and police said they were going to cordon off area roads.

A ban on the movement of all cattle, pigs and sheep has been imposed in Britain, the department for Environment Food and Rural Affairs said in a statement.

The August outbreak was centered near the government-funded Institute for Animal Health, a diagnostic laboratory, and Merial Animal Health, a British unit of the U.S.-French pharmaceutical firm Merial Ltd.

The laboratory uses live viruses for research, and Merial uses them to produce vaccines. Investigators believe the August outbreak originated from the site but was unable to determine whether it was from the government laboratory or Merial's vaccine factory.

"Indications are that this could be a positive test, and if that's the case then it would be an absolute disaster for the farming industry that has worked so hard to eradicate the previous outbreak," National Farmers' Union president Peter Kendall told Sky News television.

Six years ago a nationwide outbreak of the disease resulted in the slaughter of around 7 million sheep and cattle.

The British agriculture industry estimated the disease led to losses of around $16 billion.

The European Commission said it had suspended plans to allow the full trade of live British animal exports to resume in November. The suspension was put in place following the August outbreak.

EU veterinary experts were meeting in Brussels, Belgium, on Wednesday to assess the situation and decide on a possible meat export ban.