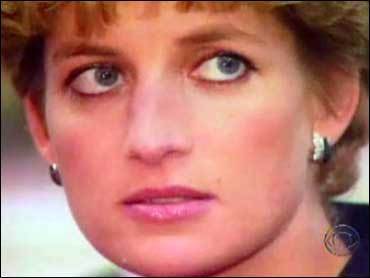 Eight-and-a-half years after her death, doubts are again being raised about how, exactly, Princess Diana was killed that August night in 1997.

At the time of her death, reports CBS News correspondent Mark Phillips, Diana's involvement with her then boyfriend, Dodi Fayed, was at the center of most of the conspiracy theories, all of them discounted by the official French inquiry.

It concluded that Diana and Fayed died that night because their driver, who was killed as well, was drunk and driving too fast. A French judge ruled that the incident was an accident.

Yet, Dodi's father, Mohammed al Fayed, owner of London's famous Harrods department store, has long insisted that the inquiry was a whitewash.

Now, the former London police chief who's heading the official British investigation into Diana's death says there may have been irregularities.

"It's right to say that some of the issues raised by Mr. Fayed have been right to be raised," says Lord Stevens, speaking in an interview on Britain's GMTV Sunday Program. "We're pursuing those. It's a far more complex investigation than any of us thought."

According to newspaper accounts cited by Phillips, the British inquiry has become concerned that blood samples taken from the victims may have been improperly analyzed, particularly the sample from the driver, Henri Paul. If that's true, Phillips says, the central conclusion of the French inquiry would be thrown into doubt.

"We're looking at lot of issues," Stevens says. "We have new witnesses, we are re-examining other witnesses. And, I think, at the end of the day, what people want is a thorough investigation, going where the evidence will take us."

Already, Philips says, it's taken the comfortable conclusions about how Diana died back into the realm of uncertainty.

Mohammed al Fayed has claimed Diana and his son were killed by British intelligence officials and their deaths resulted from a plot instigated by Prince Philip, husband of Queen Elizabeth II and Diana's former father-in-law.

Stevens has spoken to Prince Charles about the death of his former wife as part of his inquiry.