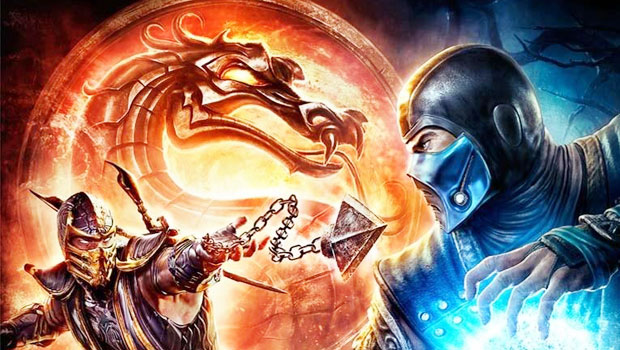 (CBS) - The "Mortal Kombat" franchise has been a staple of the arcade fighting genre for almost two decades. Each new title in the series brings with it the return of your favorite characters, new Kombatants with new special abilities to master and new imaginatively gruesome Fatalities.

It seems that after more than a dozen iterations and sequels, even "Mortal Kombat" is not immune to the reboot fever that has swept both the movie and gaming industries in recent years.

The newest entry in the series begins following the events of "MK: Armageddon," where all of the main characters have been wiped out in a final battle and only Raiden and Shao Kahn remain, battling atop a mysterious pyramid.

In a last ditch effort to save the realms from the events of "Armageddon", Raiden sends a telepathic message through time to warn his younger self of the dangers that lie ahead. From here, we join Raiden and the warriors of light back at the first Mortal Kombat tournament as they fight not only to prevent Shao Kahn's forces from invading Earthrealm, but to change the events of the future and avoid Armageddon.

The game's story mode is presented in a way that is unique among fighting games. Instead of playing through a single character's campaign, "Mortal Kombat" has you playing as the character that best suits the story.

The game shifts dynamically between combat and cut-scenes, eliminating almost any load screens and creating a deep sense of immersion. This cinematic quality makes you feel like you are watching a movie while controlling all of the action sequences.

The gameplay in "Mortal Kombat" gets the reboot treatment as well. Gone are the weapons, alternate fighting stances and 3-D combat from "Deadly Alliance," "Deception" and "Armageddon." Instead, the game returns to its 2-D roots and special moves and combos feel reminiscent of the original three titles in the franchise.

In addition to its very robust Story Mode, which spans the story of all three original titles, "Mortal Kombat" features many additional challenges and game modes to keep players busy.

"Mortal Kombat" pays homage to its roots while looking to innovate and reinvigorate the franchise. Its engrossing Story Mode, many challenge modes including the classic Tower Challenge, and return to the series' classic style of combat make this game a robust and satisfying package.

"Mortal Kombat" is available now for Xbox 360 and PlayStation 3. It is rated M for Mature by the ESRB.

For more on this game, go to Gamespot