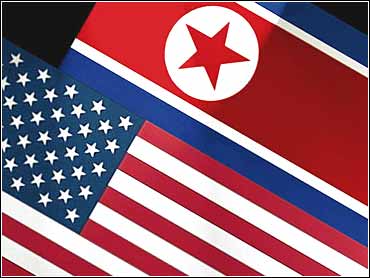 As Bush administration officials prepare to restart negotiations with North Korea, an old French aphorism seems to say it all: "plus ca change, plus c'est la meme chose" --- the more things change, the more they remain the same.

After a review by the new policymakers at the White House, NSC, Pentagon and State Department, the President issued a statement this week saying his administration would resume talks with North Korea on a broad agenda. It would be a "comprehensive approach" which would cover the (1994) Agreed Framework relating to North Korea's nuclear activities; verifiable constraints on its missile programs, a ban on its missile exports and a less threatening (conventional) military posture.

No big rollout for this "new" policy. A written statement issued by the White House without fanfare at the end of the workday, too late for the evening news broadcasts, the result of the three month long review looked a lot like what the Clinton policy was doing when it left office.

Secretary of State Powell had publicly said in early March that the new team would "pick up where the Clinton administration left off." He was quickly forced to backtrack when President Bush the very next day said there would be a policy review before resuming talks. OK, so they got their signals mixed up. It was early in their four-year term and Mr. Bush and his advisors -- political and policy -- were none too anxious to be seen as simply carrying forward with Mr. Clinton's policies.

Now comes the "new" policy and the secretary of state, asked to explain the basic differences from the Clinton policy said: "we have expanded the areas of dialogue by putting conventional forces on the agenda" and "we want to talk about humanitarian issues." This would appear to be almost a distinction without a difference. Both of these areas -- conventional forces and humanitarian issues -- have been subjects taken up in various talks by the previous administration, though there is a change in emphasis.

The Bush administration, according to Secretary Powell, is looking at issues "in a more comprehensive way." OK, if that's the way you choose to parse it.

One senior state department official acknowledged just how thin the line is, separating old policy from the new, when he said: "we've carefully considered the approach of the previous administration... and some of the elements of its approach were useful and important and we've incorporated them into our thinking." That's diplospeak for "we've tweaked the other guy's policy."

"I think there's a desire on the part of people in the new administration," said another official, "to make themselves look diffrent than the old one." He was referring to North Korea policy, but could just as easily have been talking about other diplomatic hot spots.

The really important issue is whatever your policy is, you still have to make it work, often by engaging in negotiations dealing with the nitty-gritty details which almost never prove easy to reach agreement on.

The Bush administration already has found itself in sticky situations with China and the Middle East. Engagement with North Korea will prove no less challenging, no matter how the policy is tweaked.