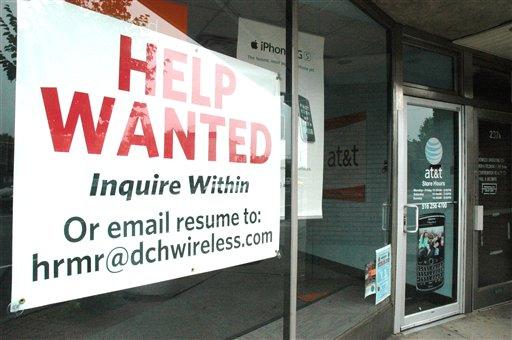 The New York Times reported Wednesday that DeLay's wife and daughter have been paid more than $500,000 since 2001 by his political action and campaign committees.

Separately, the Washington Post reports there are questions about who paid for a 1997 trip the Texas Republican took to Russia.

But House Republicans dismissed persistent Democratic criticism of the Texan as evidence of partisan politics.

"I don't see any wavering of the support for the leader. I think a lot of members think he's taking arrows for all of us," said Rep. Roy Blunt, third-ranking among GOP leaders.

Blunt and others spoke out on DeLay's behalf as Democrats leveled a new charge that the ethical controversy surrounding him was distracting from congressional efforts to tackle pressing problems.

"When politicians, the Republican majority, decides it is above the law, the American people are now seeing that they have a price to pay at the pump, for their pharmaceuticals, and in the absence of initiatives that would help grow our economy, and to feed our children, provide for the health of our people, protect our environment, and, indeed, even provide for the common defense," said Democratic Leader Nancy Pelosi of California.

Although Republicans on the Hill maintain the facade of unwavering support for their congressional leader, CBS News Correspondent Gloria Borger reports whispers in the halls of Congress make evident the support is not universal, and might not run deep.

DeLay, the increasingly scrutinized Texas Republican, was admonished three times last year by the House ethics committee. In addition to fresh questions raised by his campaign filings, three associates are under indictment on state charges in Texas in connection with an effort to redraw the state's congressional districts.

The Times reports the payments to his wife, Christine A. DeLay, and daughter, Dani DeLay Ferro, were described in Federal Election Commission disclosure forms as "fund-raising fees," "campaign management" or "payroll."

DeLay's national political action committee, Americans for a Republican Majority, defended the payments as a reflection of the key roles the women play in DeLay's political career:

"Mrs. DeLay provides big-picture, long-term strategic guidance and helps with personnel decisions. Ms. Ferro is a skilled and experienced professional event planner who assists ... in arranging and organizing individual events," the committee said in a statement.

Ferro has been manager for several of her father's re-election campaigns, the Times reports. A DeLay spokesman said the majority leader had no additional comment.

Members of Congress are allowed to employ family members to work on their campaigns and political action committees. Critics, however, say the payments to DeLay's wife and daughter are unusually large and warrant new scrutiny of the majority leader.

In recent weeks, DeLay has mounted a spirited defense against a number of ethics charges against him made by Democrats and campaign watchdog groups – including accusations that he violated House travel rules on at least two occasions.

A report in Wednesday's Washington Post raises questions about a third foreign trip – a six-day visit by DeLay to Moscow in 1997 when he was House majority whip. The Post reports the trip was sponsored by business groups lobbying in support of the Russian government, according to several people with firsthand knowledge of the trip arrangements.

DeLay reported that a non-profit group based in Washington paid for the Russia trip. But the Post cites those involved in planning the trip as saying it was bankrolled by "a mysterious company registered in the Bahamas that also paid for an intensive $440,000 lobbying campaign."

Aides to DeLay told the Post he thought the nonprofit group, the National Center for Public Policy Research, was funding the trip on its own. An aide said suggestions to the contrary have only recently come to light.

"The trip was initiated by the National Center," spokesman Dan Allen said, "and they were the ones who organized it, planned it and paid for it."

While in Russia, DeLay met with Russian politicians, church leaders and businessman, as well as two Washington-based registered lobbyists. One of those lobbyists, Jack Abramoff, is now under investigation for federal influence-peddling and corruption related to his representation of Indian tribes.

The trip by DeLay and four staff members cost $57,238, according to records filed by DeLay's office.

DeLay was slapped three times by the House ethics committee last year. The panel deferred action in another area, saying it would wait until the outcome of a state investigation in Texas.

Contrary to some advice, DeLay used the recent two-week congressional break to raise his political profile.

A leader in the effort to pass legislation designed to keep alive Terri Schiavo, a brain-damaged woman in a persistent vegetative state, he criticized the judges involved in her case in the hours following her death.

"The time will come for the men responsible for this to answer for their behavior," he said, raising the prospect of impeachment. Later, he complained of "an arrogant and out of control judiciary that thumbs its nose at Congress and the president."

Few other Republicans have gone that far in criticizing an independent branch of government. "They handled it in a fair and independent way," Senate Majority Leader Bill Frist said Monday of the judges in the case, although he added he had hoped for a different result.

Meanwhile, a new poll shows the controversies have taken their toll on support for DeLay in his own district.

Forty-five percent of 501 voters questioned by the Houston Chronicle last week said they would vote for someone else if a congressional election were at hand, while about 38 percent said they would re-elect DeLay.

Nearly 58 percent of those surveyed said they opposed his decision to get Congress involved in the Schiavo case, while about 33 percent expressed support.